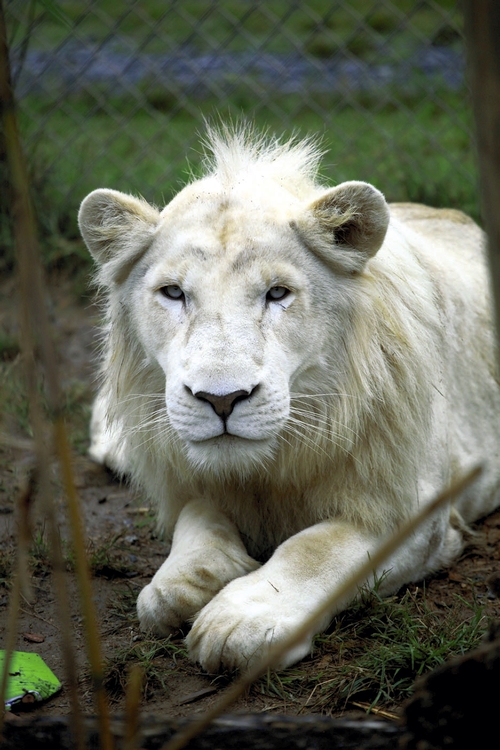 Submitted photo Michael the white lion now has a home at Tiger World.

For over a year, Lea Jaunakais, president and founder of Tiger World and Jim Kavanagh have been planning something extravagant — bringing a rare white lion to Rowan County.

Tiger World — a nonprofit animal conservation and educational center dedicated to rescue, rehabilitation and preservation of exotic animals — is located in Rockwell.

Funded entirely by the community, Tiger World relies on donations to continue its efforts.

On Saturday, Tiger World unveiled Timbavati Falls, a new exhibit featuring a giant waterfall, stone patio with interactive glass features and Michael, a rare Timbavati white lion. Originally from a conservation center in South Africa, Michael is a unique breed, possessing the true recessive white gene. His parents are both brown lions. Out of six lion cubs, Michael was the only white one born.

“It was a large investment to bring him here, but it is so worth it due to his unique gene pool,” Jaunakais said. The project was made possible due to several donors, especially Kavanagh, who funded the majority of the undertaking.

“A lot of people aren’t educated about the fact we are losing big cats. Michael is a fantastic ambassador to educate the public,” Kavanagh said. “The only answer (to saving cats) is conservation,” he added. There are only 11 white lions remaining in the wild.

Currently three years old and weighing 420 pounds, Michael is now one of the main attractions at Tiger World.

“This is a milestone we have created,” Jaunakais said. “The key to our success is the support of the people.”

Tiger World is open every day except Wednesdays from 9 a.m. until 5 p.m. For more information and admission rates, visit tigerworld.us.