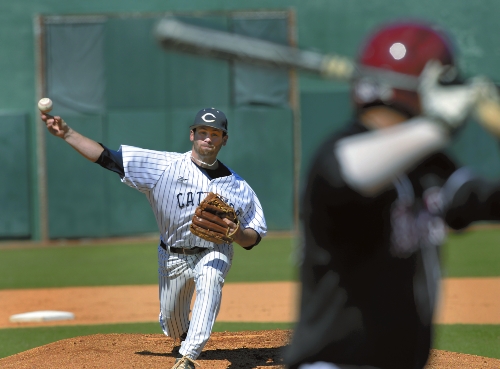 SALISBURY — Catawba’s baseball team is in the Southeast  Regional for the seventh time in the last eight seasons, and for the first time, the Indians will be the host team.

However, there’s a catch.

The Indians (40-13) won’t be hosting the event at storied Newman Park. Instead the double-elimination, six-team regional will be played at Thomasville’s Finch Field, about 33 miles from the Catawba campus.

Catawba has traveled to play in recent regionals at Tampa, Fla., Aiken, S.C., Florence, S.C., Mount Olive, N.C., and Greenwood, S.C., and didn’t want to pass up the opportunity to  finally host, but it would have been difficult to park or play at Newman Park on the Catawba campus. Catawba’s graduation ceremonies are scheduled for Saturday.

There also are two major NASCAR events scheduled in Charlotte — the Sprint Showdown on Friday night and the All-Star Race on Saturday night. Many hotel rooms between Salisbury and Charlotte will be filled by NASCAR fans, paying high prices for the accommodations. But baseball fans traveling from out of state should be able to find lodging in the High Point/Archdale area.

Game times will be 11 a.m., 3 p.m. and 7 p.m. on Thursday, although Catawba’s  starting time won’t be announced until today.