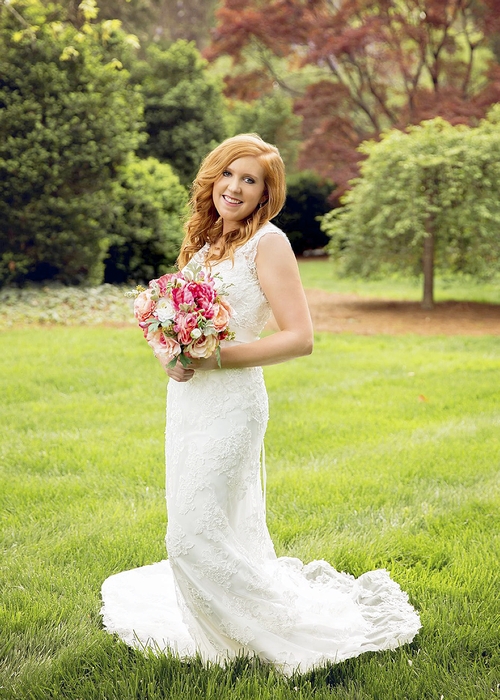 GOLD HILL — Amanda Jill Blackwelder and Justin Steven Parris were united in marriage Saturday, May 9, 2015, at Gold Hill Wesleyan Church. The Rev. Philip Martin officiated the 5 p.m. ceremony, which was followed by dinner and dancing at Gold Hill Historic Park.
The bride was escorted by her father, Fred Blackwelder, and attended by Allison Murry of Slidell, La., as matron of honor. Serving as bridesmaids were Elaine Duffell of Salisbury, the bride’s aunt, and Autumn Parris of Gold Hill, the groom’s sister. Flower girl was niece of the groom Heavenleigh Parris of Gold Hill.
Jerry Parris stood as his son’s best man. Groomsmen included Michael Boling of Salisbury, and cousins of the bride Jacob Conger of New York, N.Y., and Joshua Conger of Charlotte. Beloved cousin of the bride Taylor Troutman, forever in our hearts, was named honorary groomsman.
Guest registrar was Brittney Barnhardt of Rockwell. Wedding director was Arlene Conger of Charlotte, aunt of the bride.
Honorary guests were Terry and Stacey Barnhardt of Rockwell.
The bride is the daughter of Fred and Denise Blackwelder of Gold Hill and the granddaughter of Paul and Jean Troutman of Gold Hill and the late Bennie and Blondell Blackwelder. A 2005 graduate of Mount Pleasant High School, Amanda received a Bachelor of Science degree in Chemistry from the University of North Carolina in Chapel Hill in 2009. She is employed at the North Carolina Research Campus.
The groom is the son of Jerry and the late Veronica Parris of Gold Hill and the grandson of Barbara and the late Delmar Brady of Gold Hill and Mary Ann and the late David Lee Newton of Rockwell. A 2008 graduate of East Rowan High School, he is employed by the U.S. Postal Service.