Advice for queens and a tale of struggle 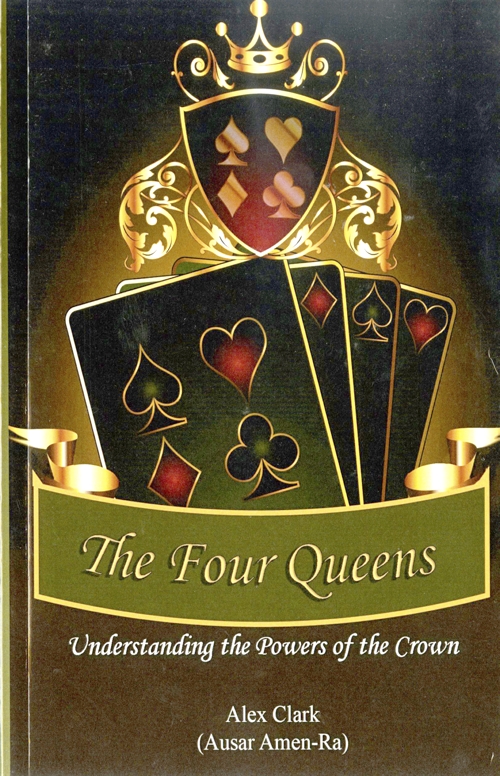 Alex Clark will sign his book, 'The Four Queens,' on Saturday, May 16, noon-2 p.m., at Literary Bookpost.

“The Four Queens: Understanding the Powers of the Crown,” by Alex Clark (Ausar Amen-Ra). Published by Alex Clark. 167 pp.

Alex Clark, a North Carolina native, uses card suits to describe different types of women. He describes the Queen of Hearts — loving, sensuous, confidant, warm, “her beautiful spirit vibrates at a higher frequency.” If she is treated badly she can become bitter. Clark calls her the “feminine expression of the Creator.”

The Queen of Clubs, Clark writes, is outgoing and free-spirited and likes to help other people have a good time. Her home is full of “positive energy and peaceful vibes.” Her downfall is she can party too much, trying to fill a void in her life. She must learn to love herself.

Clark describes the Queen of Diamonds as “motivated by money and materialism.” She is always gathering information and taking risks and thrives in corporate America. Her downfall is becoming obsessed with money. But she embodies prosperity.

The Queen of Spades “is motivated by knowledge and power.” She is a realist who knows about metaphysics, philosophy and religion. She is a leader who loves a challenge, Clark writes. He says her downfall is mistaking information for knowledge. She can be dangerous when cornered.

Clark then offers advice on how women can change — by getting rid of baggage and negative thoughts. He quotes the 23rd Psalm and puts emphasis on how it applies to a woman’s life. He quotes the Bible, Maya Angelou and Egyptian metaphysics.

But he also advocates taking care of the body and mind and encourages the study of ancient myths to understand each queen prototype.

John Stubblefield will be at the Bookpost on May 16, as well, from 3-5 p.m., signing his book, “Legacy of Despair.”

He says it is based on a true story. In the novel, the author follows Fred Summerset from the Great Depression through World War II and into the 1950s. Fred is beset by poverty, challenges, disappointments and change, always change.

He goes from gas station attendant to deputy sheriff to farm hand to the Navy, where his ship is destroyed by a German torpedo and he is seriously injured.

Fred suffers the loss of his father, his first love, his wife and many of his friends. He works hard but never stays anywhere for long, often returning to farming or law enforcement.

As tragedies mount in his life, he perseveres, continuing to move forward, fighting for his rights. He moves from Tennessee to Indiana, Boston, New Hampshire, learning to survive in each place.

Stubblebfield grew up in Greenville, Tenn., often mentioned in the book, and graduated from the University of North Carolina at Greensboro. He has written for television and public relations and lives in Wallburg with his family.