Prep Sports: Hoopin’ it up for the Youngs 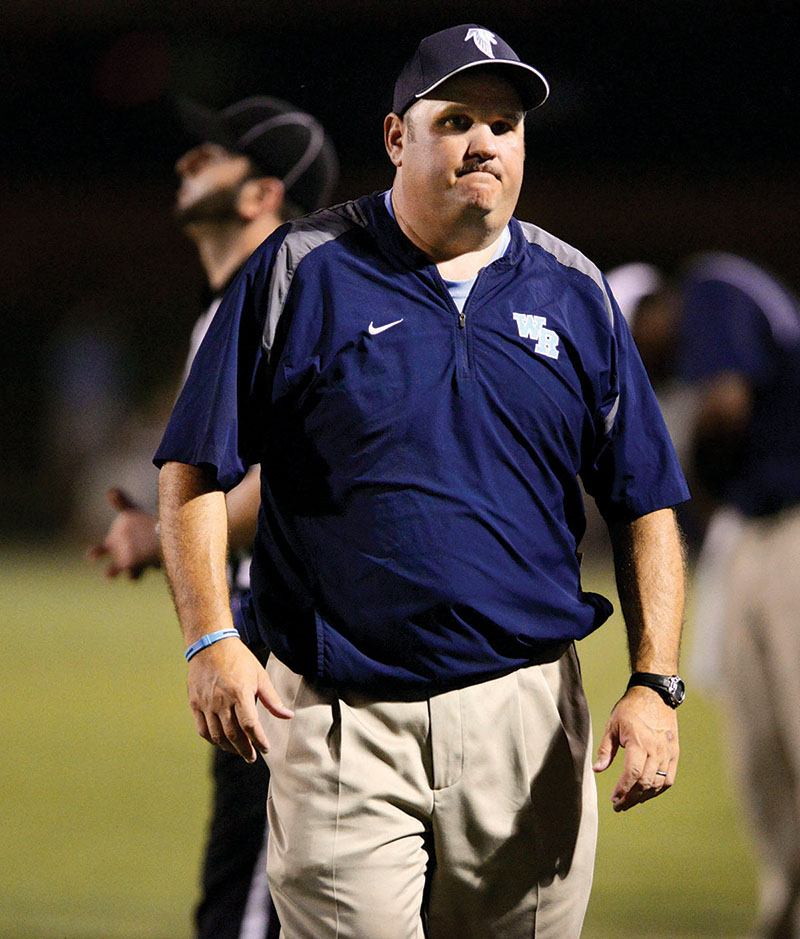 file photo by Wayne Hinshaw / for the Salisbury Post West Rowan coach Scott Young during a game against Salisbury in the 2014 season. Basketball coach Mike Gurley organized an alumni basketball game as a fundraiser for Young. Admission to the game costs $5, but there are also other activities. The gates open at 6 p.m., and the game tips off at 7 p.m. All proceeds go to Young and his family.

“Scott and his family are dealing with a tough situation, and there’s been an absolute outpouring from people wanting to help and people asking if there was a way to help,” West Rowan basketball coach Mike Gurley said. “We searched for the right way for a while.

“My wife (Annette) came up with an idea that gives everyone who wants to do something for the Youngs a tangible, concrete way to help.”

The Falcons will stage a alumni basketball game as well as other fundraising activities Saturday at the school. Admission is $5.

The game will be the centerpiece of an evening that also includes a bake sale and silent auction. Many of the former West Rowan basketball stars participating also played football for Young.

Doors open for the auction and bake sale at 6 p.m. The basketball game starts at 7 p.m. and is expected to end at 9 p.m.

“Every dollar from admissions, the bake sale and the auction will go directly to the Youngs,” Gurley said.

The affair is a community effort. Youngsters at Cleveland, Millbridge, Mount Ulla, Woodleaf and Hurley elementary schools and West Rowan Middle School have been stuffing baskets filled with gift cards for the auction.

Coach Ashley Poole and her girls basketball team will operate the concession stand.

Gurley is introducing the rosters. It’s going to be emotional. He says he’s only going to coach a few more years, and he knows this may be the last time he’ll see such a gathering of former players banding together with a common purpose.

Welborn, Mauldin and Mattox were standouts on the 1997 state championship team. Gurley said there’s been plenty of good-natured, pregame trash talk between the 1997 champs and the 2002 state champs.

The team in white is Gurley’s Gym Rats. The team is made up of even-year graduates and will be coached by Gurley’s longtime assistant Willie Ellis. The Gym Rats have greater numbers and also will have the aid of muscleman Terris Sifford, who has played professionally overseas, even though he is a 2001 graduate. Sifford is one of the few guys who can provide post defense against 6-foot-8 K.J. Sherrill.

“We had to even out the teams a little bit,” Gurley explained.

Chris Smith of the Jacksonville Jaguars will be present, but he won’t be able to participate.

Rosters are flexible. Donte Minter, former Virginia and Appalachian State big man and a 2002 graduate, committed to play late Friday and will be a factor.

“Some other guys — Scooter (Sherrill), Junior (Hairston) and Phillip (Willams) — won’t be able to be here, but they’re all thinking about Scott,” Gurley said.

Young plans to be in attendance. Gurley said everyone in the crowd who played football for Young will be invited to come down to the floor at halftime.