Strings of Victory to release CD on National Day of Prayer 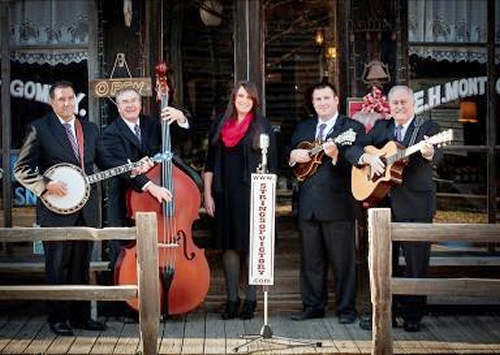 SALISBURY — The bluegrass gospel group Strings of Victory will launch its latest CD, “Light in the Window,” Thursday, which is the National Day of Prayer.

The same day, the group will launch its Light in the Window Ministry, an interactive program in which “the Strings” will invite participants to place a light in their windows to remind them — and their neighbors — to pray for the nation.

Participants will be encouraged to take a photograph of the lights in their windows and post it on social media, while also forwarding it for posting on the Strings of Victory website.

The new CD includes 10 songs, five of which are originals, including the title track. It is available for purchase or can be downloaded from CD Baby, Amazon, iTunes and most other online retailers, or direct from the group at stringsofvictory.com.

Strings of Victory performs throughout the Southeast and tries to bring audiences “music with a message,’ according to a press release.