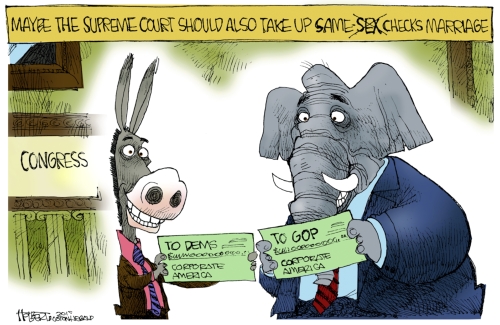 How is starting middle schools earlier going to provide more time to make decisions in weather related situations? Buses will have to be on the road earlier to get the kids to school earlier! Now that’s confusing.

So since Southeast Middle already starts at 7:20, it isn’t going to make a huge difference by 10 minutes. You are going to send some of the elementary schools at 7:30, some start already at 7:45. Sounds to me the school board needs to go back to the drawing board. Buses will still be out and about at the same time.

Is this going to include changes for speed limits during school hours?

I hope they don’t make it later. Her middle school for next year starts at 8:15 and I have to be at work at 8. I am already going to have to take her to school 30 minutes early as it is, so I can get to work on time. Ugh.

How the heck are parents supposed to get to work by 8 a.m. if their elementary schools start at 8:30? I take my kid to school and no way I’d leave him to ride the bus alone after I leave for work.

This decision makes no sense at all. They are starting middle school earlier and high school later. (At least that is the case with Erwin and East.) My youngest will now have to start school at the same time my high schoolers has always started?

How exactly does that allow you more decision-making time for inclement weather, RSSS? Now teenagers in high school will have the opportunity to stay up later and sleep in longer,  and you will now have the younger kids getting up even earlier. This will also put the younger students at bus stops earlier in the mornings. High school students can drive and for the ones who can’t, it makes more sense for them to be at a bus stop at 6 a.m. before we have 8-year-olds etc standing at one.

Why splitting up the elementary? I have two elementary, a middle school, and a high school. Just hoping this new schedule system works out for me and everyone else. It would be great if the high school students get out before the middle school and elementary students.

This plan does not take in consideration that the older siblings need to be home before their younger siblings. This has the potential of putting our elementary students in awkward situations.

P.S. The reasoning for the changes is due to calling off school for inclement weather? Not buying it.

In my personal opinion this is a bad schedule for the students and working parents that commute.

So you are going to make the high school kids who have jobs after school start later and be dismissed later. These kids need that extra hour. Some of them have to work and struggle to work and get homework done as it is. I am so glad my daughter only has one more year of this.

Sad to see what complications this is going to present for parents who thought all their problems with child care would be over once their children started school. This seems to be putting an undue hardship on families who are going to need before-school or after-school childcare.

What about those who can’t afford childcare? This will leave children home alone without supervision. Praying for those that have to endure this unfortunate hardship.

I would like to make another pitch for year-round school. (Use the same number of days for class time and breaks.) Students wouldn’t miss so many days at a time. This should help solve the problem of “summer slump.”

Once again, RSSS makes off-the-cuff decisions without involving the people that it will affect, which is parents and teachers!

My mom works; doing this, my brother would have to be home alone. This time change makes no sense, and you still will have to run the buses early. I feel before the board made a decision, they should have asked the opinion of the parents and students!!

They should have let parents and students attend and give their opinion. If we were there, this rule would not be in place!

This construction gives a new meaning to living on the wrong side of the tracks. If you live on the east side of the railroad track, you cannot get to many places or towns on the other side. We have friends on the other side of the tracks in China Grove and we have to go to one end or the other to see them. When they close the Thom Street crossing, I guess we will have to go to Salisbury to get back to China Grove. … I don’t get the expense for all this work. Just a few years ago they tore up the other track now replacing it. More money than sense.

Once Webb Road reopens, that should help some during the week. I, however, am not holding my breath that it will be done in May.

I also notice that no article has mentioned the hellish flea market traffic on the weekends. You lose time out of your day and gas from your tank either avoiding it, or sitting in that line. For many of us who cannot stand that traffic and are just trying to go about our lives, Mt. Hope was our way to avoid that nightmare. Now the DOT has just about trapped many of us ….

If nothing else, they picked the wrong time of year to close Mt. Hope and Webb Road simultaneously. I still hope karma bites all the decision makers in the rear!

I would think the Mt. Hope bridge over 85 was pretty expensive. Now it’s relatively useless for nearly everyone except the handful of people who have to use it because they live between the tracks and 85.

Now those people have to drive several miles to access things they could have accessed in feet. Seriously, is the state going to keep up that bridge just for a handful of people?

It would depend on the time of day. Since the closures of Mt. Hope and Webb roads, every morning there is a long line of cars and trucks on the northbound exit ramp of Peeler Road. They are all waiting to turn left towards U.S. 29. This did not happen before Webb and Mt. Hope were closed. Of course the Love’s Truck Stop don’t help Peeler Road traffic any.

The extra traffic near the truck stops and the middle school could actually warrant a stop light. I could see this being a 20-minute trip in the morning commute.

This is not about saving money but only a power ploy by Carl Ford, as instructed by Jim Sides, to add power to the county commissioners. This would have only served to take away the system of checks and balances for the commissioners and the school board.

What is scary is that 52 other anti-education legislators voted for this bill.

The failure of this bill will ensure that school boards and county commissions will work together because the system of checks and balances will continue to exist.

I’m looking forward to serving under Penny Greer-Link’s leadership as we rally our county behind our 16 agencies who support the many needs of our community.

We definitely have our “Lucky Penny”!

Thank you, Mr. Pitts. You are spot on.

We must not be surprised when the Obama haters respond to your opinion piece with bile and vitriol. The haters are shills for those who use social and political division to profit from confusion and maintain control for their own selfish benefits.

There must be a union of left and right wing politics in order to solve the nation’s problems. The American eagle needs both wings working in harmony in order to take to the skies.

… Letter: Alcohol is worse than tobacco

Alcohol abuse is bad, but not all drinkers abuse. Smoking is always abuse of a substance and has a far-reaching disease process.

Smoking in the open is not safe for bystanders as the harmful substances are heavier than the smoke and come straight down as you watch the smoke go up.

Also, normalizing smoking for children has long-reaching psychological effects and can lead to their smoking.

Billy Graham’s statue does not belong in the capitol. Separation of church and state. One of the churches nearby — sure. Not on the Capitol steps.

We would all be better off if we put up a statue of Isaac Newton holding out a copy of Pricipia Mathematica and had a drink.