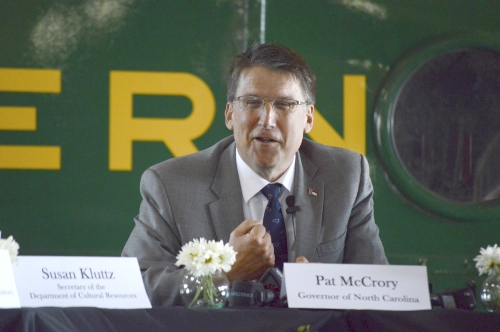 Gov. Pat McCrory speaks during an event at the N.C. Transportation Museum earlier this year as he and other state officials promoted a bond proposal that included $15 million for the transportation museum. A new House bond proposal does not include the museum.

“Every part of North Carolina will have a chance to build its economy.”

“We know this information has been confusing, and we are eager to talk with these neighbors to answer any questions they have.”

“I think this place is the most fabulous thing since chocolate candy.”

“It’s all day every day. You can’t go pay a bill. You can’t run and get something to eat. You have to take a long route around for something that used to be a straight shot.”

on the impact of closed railroad crossings

“I’m stepping down to focus on getting healthier and getting a new heart.”