Prep Baseball: East’s Bell to take the mound at Charleston 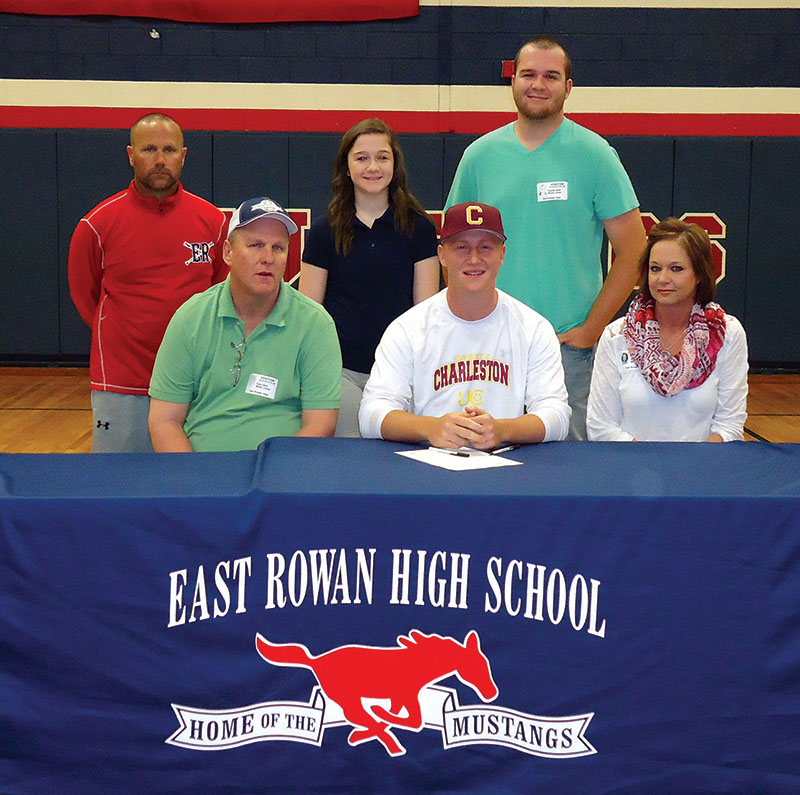 GRANITE QUARRY —East Rowan pitcher Harrison Bell has picked out an unusual college degree to pursue and his unusual fastball is going to help him get it.

Bell’s academic goal is a bachelor’s degree in radiologic science, a field not offered by most schools.

In the University of Charleston (West Virginia), Bell found the school and the baseball program that fit. Charleston has about 1,900 students. One of them is former Salisbury quarterback John Knox, who has made an impact on the football team.

Bell passes the eye test. He’s 6-foot-4 and built like a tight end. He made a great first impression on Charleston coaches when he visited the school and fired a bullpen session. His fastball is a mid-80s hummer. He’s touched 87 mph this season.

“Charleston offered me that same day,” Bell said. “I took a tour of the campus and really liked what I saw.”

He’s been hoping it would click for Bell in high school, although it exactly hasn’t. With Joseph Peeler emerging as an ace, Logan Towne and Tyler Scruggs giving the Mustangs a chance to win their starts, and Alec Hamilton holding down the closer role, there have been scant opportunities for Bell.

Bell has pitched in only six games as a senior — five against strong, non-conference opponents such as North Davidson, West Forsyth and R.J. Reynolds. His numbers aren’t pretty. He’s 0-2 with 13 walks and six hit batsmen in 13 innings. The positive is he has 12 strikeouts.

“You pull for Harrison because he’s put in the time and he’s worked  hard to be good, ” Hightower said. “He’s got a heavy fastball, a live arm and a lot of potential.

“It hasn’t happened for him this year, but it still can happen down the road if he figures it out or if his college coaches figure it out. There have been guys who didn’t pitch a lot at East who went on to do great things.”

One of those is current New York Mets relief pitcher Bobby Parnell.

Bell has a 4.7 GPA and gets the big picture. He’s going to Charleston for a degree.

If he makes an impact on a baseball program that is currently 9-25 in the West Virginia Intercollegiate Athletic Conference against opponents such as West Liberty, Concord, Shepherd and Fairmont State, that will be icing on the cake.

Bell got off to a rough start as a senior, digging a hole he couldn’t get out of. When he lost the strike zone, he also lost confidence, but even the slightest success will bring it back.

“Charleston is going to be a fresh start,” Bell said.