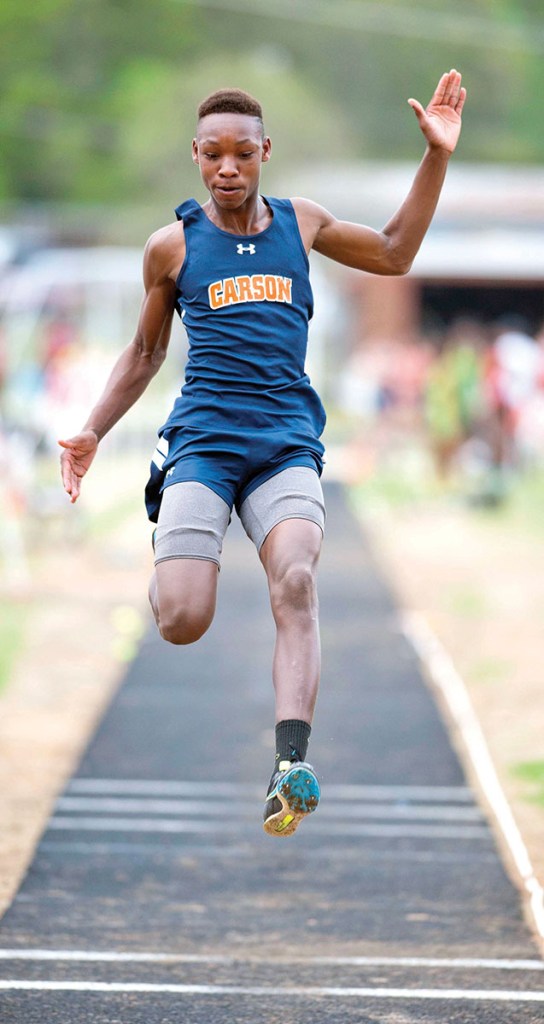 Long and lean, Jesse Carson High sophomore Brenden Westbrook showed great promise as a football cornerback and a basketball guard as a sophomore.

As a track and field athlete, Westbrook already has arrived and is the Salisbury Post’s Athlete of the Week.

Westbrook was one of the standouts of the South Piedmont Conference Championships held last Wednesday and Thursday at East Rowan.

He earned Field Events MVP honors after winning the long jump (20 feet, 9 inches) and placing second (42-9) to Hickory Ridge’s Rodney Garner in the triple jump and second (5-10) to Concord’s Gabe Stainback in the high jump.

Westbrook’s  strong performance in the conference meet came on the heels of  his Field MVP performance in the Rowan County Championships. In the county meet, Westbrook won the long jump, finished second to East Rowan’s Max Wall in the triple jump and placed fourth in the high jump.