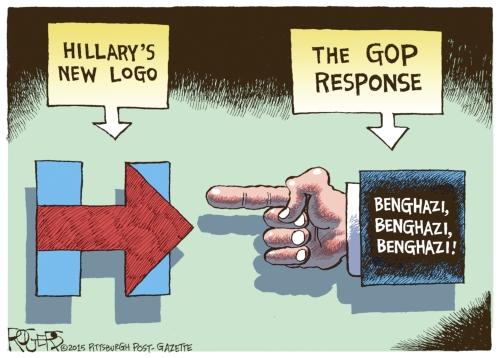 The writer is responding to an April 22 column in the Post by Cal Thomas headlined, “Flunking civics is not an option.”

Mr. Thomas, I will be honest; you are not my favorite columnist. And, I admit to usually skipping your words entirely. Today, for some reason, I made myself drag my eyes over your column. I am writing because the photo across the front page of my paper this morning (of Catawba College student Kelly Schumacher volunteering at the Special Olympics) shows one of those whom you quite disparagingly call the “current generation — tied to social media and their smartphones” with no interest in serving others or their country.

Careful, Mr. Thomas; your grumpy old man is showing! Your grumble-grumble-these-kids-today type of rhetoric is simply ridiculous! You really believe the entire current generation cares nothing for their community? Their nation? Their neighbors? Their world? Knowing many people of this current generation (including Ms. Schumacher, I am often uplifted by their commitment, awed by their passion and inspired by their examples. Being closer to 50 than I like to admit, I am also very grateful for their energy!

Blaming the high school educational system is also rather silly. As a long-time election worker, I can tell you that all ages come through my polling place with nary a clue. Many voters in your own age bracket, Mr. Thomas, don’t have an understanding of the difference between a primary election and a general election, or, even what district they live in. I wish it were as simple as pointing a finger at high school instruction, but I’m afraid this issue is more complicated than that.

I’ll close by saying, if you truly believe our republic is doomed, perhaps you’ve been spending time with the wrong people. I suggest you surround yourself with folks who are involved and engaged and quit yelling at the kids to stay out of your yard.

In September 2014, Duke Energy reported to the N.C. Department of Environment and Natural Resources that there are at least 492 private wells within a 0.5 mile radius of coal ash basins across the state. Letters were mailed out to each in January informing them of their voluntary right to have their well water tested through a lab of their choosing at the expense of Duke Energy.

On April 21, it was reported that 117 test results have been mailed to residents within this boundary and 87 exceeded state groundwater standards. These residents have been informed not to drink or cook with their well water. It’s been reported that further results may be mailed out, but out of the 492 wells, how many were actually tested?

Tom Reeder of DENR stated that they “would have a good idea in a couple of months” of where the contaminants are coming from and “a more definite answer by fall.” What are residents supposed to do until then?

The Coal Ash Management Act of 2014 states that Duke Energy is required to provide emergency water to those affected. How long does it take to get “emergency” water? How much more information is needed for an “emergency”?

Affected residents have been suffering for over a year with no action. Duke Energy says it’s a good neighbor; if they didn’t think they had any culpability, why then did they go to at least one family’s house in the Dukeville area in November and provide them with bottled water but ask them not to say anything?

It’s high time Duke Energy acts like a good neighbor. Provide emergency water to all those living on private wells within the 0.5 mile boundary. Isn’t that something a good neighbor whose revenues are in the billions should do?

My daughter was involved in a car accident on Sunday, April 19, on Highway 52. First, I thank the Lord for watching over her and the young lady in the other vehicle and that they did not have any serious injuries.

Next, I want to thank the man who stopped and helped my daughter out of her car and gave her a towel to wrap around her. I have been telling others about this man and calling him my daughter’s “angel.”

My husband and I did not get to meet this man. I do believe he was there at that specific time to care for my daughter, and I am so grateful for all he did. The Lord is so good to us and He does take care of us!

Yesterday I attended the county commissioners meeting. In that meeting, the “Master Plan” for space needs of the Rowan County services in Salisbury was presented to the Commissioners. Yes, it is long and complex (like any bureaucratic document).

During the question-and-answer period, the ADW Architects said that the estimate for the roof replacement would be about $11  per square foot. Last year I surveyed 15 roofing contractors within 500 miles of Salisbury and the cost just for an inspection was between $12 and $30 per square foot.

The presentation ended with two very interesting remarks from the representatives. One was that, yes, there was indication of water damage in the mall from the roof. And, two, their estimate did not consider all the possible contractor costs for the roof replacement.

Because of the water damage (which I first noticed back in 2007) in several of the stores in the indoor plaza area as well as in the JC Penney store, I believe that some if not all of the structural steel that holds up the roof may have to be replaced. The ceiling beams cost about $645 each and the corrugated panels that sit on them cost $375 each. These are 2014 prices and depending when the work starts, these prices would go up.

While ADW Architects made a very convincing presentation, I believe that they very heavily understated the costs.

Where is the support? All year long we, as parents of school-age children, hear that the central office and school administration supports the students in the schools. But on a Friday night in April at a school function, there were only two — I repeat, two — school administrators at the function.

The All County Honors Chorus — including some 86 high school students and some 51 from middle school — performed a concert at East Rowan. The guest clinician, Dr. Marc Foster from High Point University, and Mr. Robert Waller from Buncombe County bragged on the fine students from Rowan County. They both stated how well-prepared the students where.

Oh yea, I guess they had to rest up for the ground breaking of the new office on Saturday.

Bring back the box scores! I understand the need for space in the sports pages but, for baseball fans such as myself, box scores are almost as important as the game itself. Box scores are a way for a baseball fan to piece the game together. You can’t tell how the game developed with the current “line score” that the Post is printing. This goes for the local high school and college games being played as well as the Major League Baseball games. I do enjoy looking at the box scores of our high schools, American Legion and local colleges.

Another thing: This area is more than Atlanta Braves country. Please give better coverage to all of Major League Baseball. Currently, we read a small article about the Braves, but we have many fans from Rowan County that follow other teams. I’m a Yankee fan and know many who follow other teams, and we’d like to read about our teams too! The Post’s baseball coverage is lacking. Please improve it!

I watch with interest the ongoing struggle of fast-food workers wanting to earn $15 an hour. I understand their frustration but they are actually quite fortunate to earn minimum wage when compared to others in the food industry.

I know someone who was a bartender in a local, very nice restaurant. He was paid $2.13 an hour. He never received a check, as his earnings went directly to the IRS to pay taxes on his tips. What the restaurant didn’t take into consideration is that historically people from Salisbury do not tip. Some nights he would work 12 to 14 hours and take home less than $20 in tips. He once visited with a customer for two hours. At the end of that time, the bill came to $19 and some change. The customer placed a $20 bill on the bar and left. The bartender nearly followed him out to give him his change.

This restaurant employee got behind with his bills, lost connection on his phone and nearly lost his car before he was able to find a real job that enabled him to pay his bills.

Shame on the people of Salisbury who have no idea how difficult it is for these wait staff to make a living. The turnover at this particular restaurant is exorbitant and understandably so. It should be illegal for any business to treat their employees in such a manner.

I wish the fast-food workers well, but I encourage them to realize that the grass isn’t always greener on the other side of the fence.

I saw a letter to the editor about Rowan County parks and tobacco. One thing I would like to know — why aren’t people pushing as much to be alcohol-free? Things would go a whole lot better. I have always been against alcohol. If you’re really concerned about people’s health, you’d get rid of alcohol, which is 10 times worse than tobacco.

As far as Dan Nicholas Park goes, it should be OK to smoke as long as it’s out in the open, where smoke can dissipate. I see nothing wrong with that.

I also saw recently that they’re thinking of putting a statue of Billy Graham in the U.S. Capitol. I am all for it. I am all for it. The picture that was with the story, with him holding out the Bible, would be a real good pose. So many times he was preaching, he was in that position.