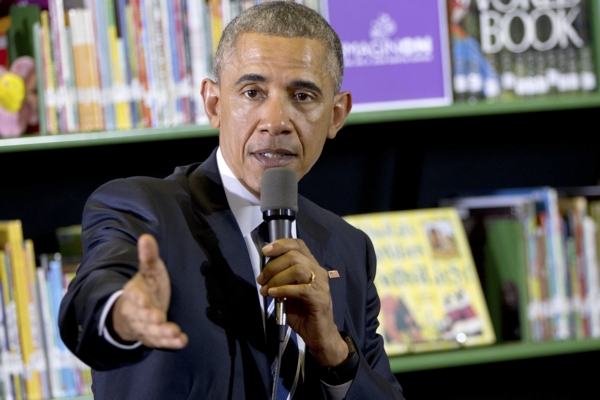 President Obama was expected to focus on women’s wages during his town hall discussion in Charlotte on Wednesday. No one seemed to mind that child care came to the fore instead. That’s a key women’s issue, too — and for men.

First, a word about women’s wages. Tuesday was equal pay day. A woman would have had to work from Jan. 1, 2014  through April 14, 2015, to get the same pay a man would have earned in a calendar year, on average. That’s based on the fact that women earn an average of 78 percent of what men earn per year, according to data from the Bureau of Labor Statistics.

That statistic should be changing, now that women outnumber men in college enrollment and advanced degrees. But other factors — the jobs women hold and the situations in their lives — also affect their paychecks.

Since women most often take the lead in caring for children, one step toward leveling the “paying” field would be access to more high-quality, affordable child care and early childhood education. Sixty percent of children live in households where all parents work. If mother and father are present, both work. If it’s a single-parent household, that parent works. The resources available to those families are pivotal both to the adults’ ability to earn a good wage and the children’s ability to reach their full potential.

Young children in safe, attentive, mentally stimulating environments begin school way ahead of peers who spent their early years parked in front of a TV with minimal conversation. The difference in the number of words they have heard is estimated to be in the millions — a deficit that is difficult to overcome.

As Obama said Wednesday, good care and education in the early years help  young people grow up to be productive citizens who stay out of trouble. But many households are priced out of that care, since child care costs increased 72 percent in the last 25 years. Obama said child care in North Carolina costs an average of $16,000 a year.

The president has proposed tripling the maximum child care tax credit up to $3,000 per child, calling it a “good investment.” That goes for the children, their families and the country. The better the care youngsters receive in the early years, the less help they’ll need from government as adults.