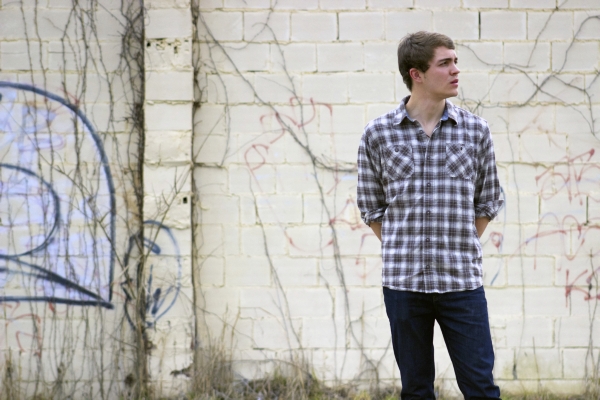 The strains of Pink Floyd’s “The Wall” will be heard on the Catawba campus May 4 when senior music major Cole McDonnell of Scranton, Pennsylvania, and his peers in the Music and Theatre Arts departments perform it as McDonnell’s senior project.

Under McDonnell’s direction, these musicians have been preparing since October for this performance, focusing on logistics and arrangements for each of the 26 songs on the album.

Free and open to the public, “The Wall” performance at 7:30 p.m., May 4, in Hedrick Theatre on campus, will offer familiar songs including “Another Brick in the Wall Part 2,” “Hey You” and “Comfortably Numb.”

“I chose this album for my senior project simply because of the sheer emotional power I believe everyone in the audience will feel when they see what we have created,” McDonnell explained. “Everyone at some point in their lives has felt alone, separated, isolated, or lost, and I truly believe that these concepts are important to see and understand from an outsider’s view looking in. This show will expose the vulnerabilities we all must face and the way by which these protective walls we build around ourselves must be eliminated to move forward.”

“This project was especially important for me because I was able to collaborate with members of the music program, theatre arts program, academic staff, family, various students of separate majors and interests, and members of the community. To me, this coming together illustrates the fact that what makes us different is what truly brings us even closer: The love of creating art together, even if we have differing ideas. Everyone had a voice and brilliant ideas for this show, and I consider it to be as much of their project as it is mine. God Bless, and we welcome everyone to our show.”

McDonnell added that with the use of theatrical elements and visuals, this upcoming show will be one designed to tell the whole story from start to finish and captivate the audience with all the sights and sounds of a real concert arena rock and roll show.

Pink Floyd’s “The Wall” is considered a staple in rock and roll history, with its driving messages and relatable concepts of isolation. Since the release of this rock opera in 1979, it has reached platinum status 23 times and is the fifth-highest-selling album of all time.