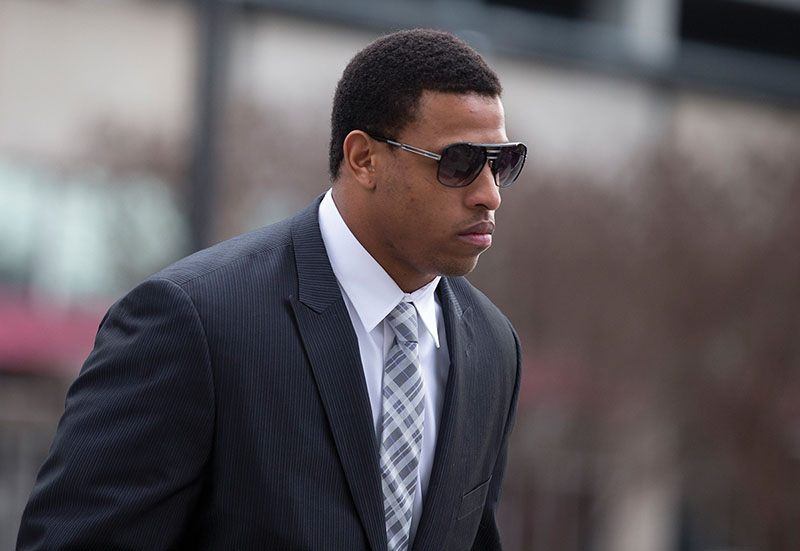 The Associated Press file photo Greg Hardy, shown here in February before a court appearance, was suspended without pay 10 games by the NFL stemming from his domestic violence charges from an incident in 2014. Hardy will be eligible to return when the Panthers travel to Dallas to play the Cowboys on Thanksgiving.

NEW YORK (AP) — The NFL has suspended defensive end Greg Hardy, now of the Dallas Cowboys, for 10 games for conduct detrimental to the league.

Hardy, who joined the Cowboys as a free agent this year, was notified Wednesday of the decision in a letter from Commissioner Roger Goodell. Hardy plans to appeal.

Goodell cited “sufficient credible evidence that Hardy engaged in conduct that violated NFL policies in multiple respects and with aggravating circumstances.” His assault case had been dismissed in a North Carolina court, but an NFL investigation concluded that Hardy used physical force against Nicole Holder in at least four instances.

Hardy was on the commissioner’s Exempt List last season and did not play for Carolina, although he was paid his $13.1 million salary.