Yesterday: When it ‘snowed’ in August 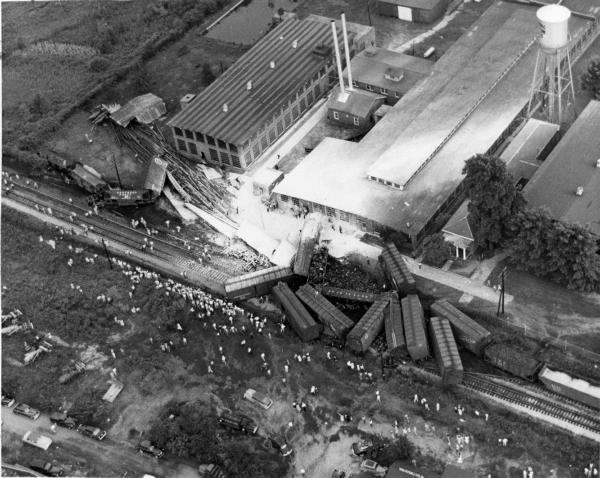 The above photograph, taken by Post photographer Johnny Suther, gave a good view from the air of the mess created when northbound Freight Train No. 58 went off the tracks next to the Klumac Mill on the afternoon of Aug. 20, 1953. The Post reported that 25 freight cars were part of the wreckage, blamed on an overheated journal box of a gondola car about midway down the 75-car train. The jumbled pile of cars that left the track in front of the mill blocked both of the main lines. The gondola car was carrying Catawba clay, an almost white substance that was thrown like a dusting of snow over much of the wreckage and a good portion of the cotton mill. A fence on the rail side of the mill was pushed over, and logs from a flat car were thrown like javelins through a shed, bowling it over. Thousands of Salisburians visited the scene during the afternoon and night. You can see many of them in the foreground of the photo.