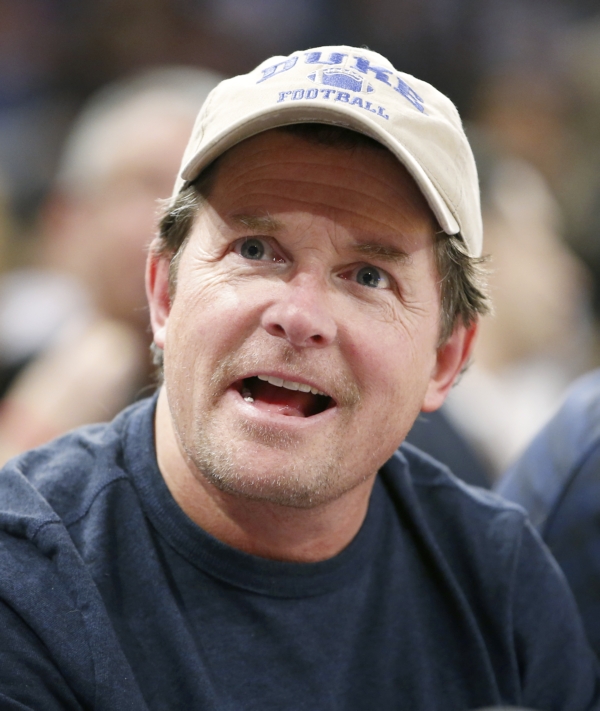 When actor Michael J. Fox appeared on “Late Show with David Letterman” last week, it presumably was to say goodbye to Letterman, who will be retiring in May. Fox has been a frequent guest on the show — 41 times — and is one of Letterman’s favorites.

But Fox’s visit also came in April, which is Parkinson’s Disease Awareness Month. No celebrity is more closely associated with the disease today or has done more to raise funds to address it, mostly through his Michael J. Fox Foundation for Parkinson’s Research.

Fox is an excellent example of something Peggy Wilson, a passionate local advocate for Parkinson’s disease sufferers, tries to emphasize. This neurological disorder does not discriminate, and it drastically affects the quality of life of its victims as it progresses.

Fox was only 29 when he was diagnosed with Parkinson’s in 1991. He told Letterman it started with a twitch in a little pinkie, which he attributed to a shoulder injury he suffered while doing a stunt. When the neurologist informed Fox he had Parkinson’s, he said the actor was lucky to be so young. He probably could work 10 more years before the progressive disease clamped down fully, the doctor said.

Fox has worked more than 20 years with Parkinson’s and is especially proud of that.

Today’s Post includes several stories about people who are dealing with Parkinson’s daily and for the rest of their lives. There’s a register of deeds clerk, a disabled Army ranger, a former Lowe’s home decor employee, a community college teacher, a retired dentist and a pastor.

They are difficult to fit in a one-size-fits-all category, and the ways Parkinson’s affects them vary widely, too.  One thing often down the list of what they will tell you about Parkinson’s is the monetary price tag, though it can be considerable.

Medication costs average $2,500 a year for individuals with the disorder, according to the Parkinson’s Disease Foundation. The combined direct and indirect costs of Parkinson’s disease, including treatment, Social Security payments and lost income from the inability to work, is estimated at $25 billion in the United States alone.

As today’s stories point out, the number of Americans living with Parkinson’s is more than the combined number of people diagnosed with multiple sclerosis, muscular dystrophy and Lou Gehrig’s disease.

The occurrence of Parkinson’s isn’t epidemic, but the lack of awareness of this disease is.