An early diagnosis of Parkinson’s: ‘I felt like it was a death sentence’ 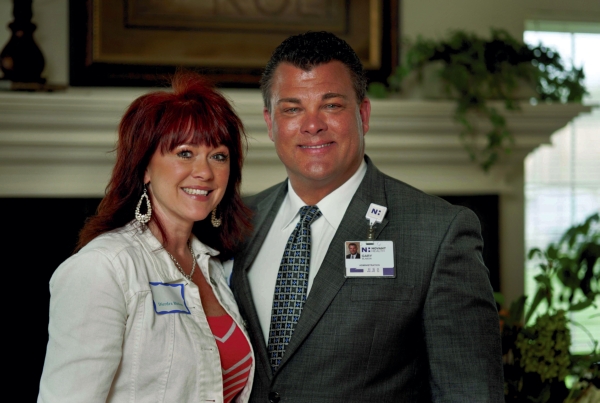 JON C. LAKEY / SALISBURY POST Deirdre Blabon and husband Gary are one of the many Faces of Parkinson’s Disease in Rowan County. Deirdre was recently diagnosed with the disease.

SALISBURY — You would never know Deirdre Blabon has the early stages of Parkinson’s disease.

You probably wouldn’t notice that her right hand shakes sometimes, or that she purposely eats with her left hand.

She and her husband, Gary, try to get in a run daily, and it’s not unusual for them to jog four to six miles at a time. Deirdre looks forward to working out and thinks her emotions pay the price when she doesn’t.

Her Parkinson’s disease has had no effects on her job at the Register of Deeds office.

As an energetic 45-year-old woman, Blabon doesn’t fit the perception most people have of someone with Parkinson’s.

“The first response out of people’s mouth is, ‘You’re so young!'” Blabon says.

There’s no cure for Parkinson’s disease, but plenty of research is going on. It’s a progressive disorder, and Blabon knows her symptoms will worsen over time, affecting her quality of life.

But for now, she’s taking things one day at a time and being proactive. She’s looking for other local residents with early onset Parkinson’s so they can meet, talk and network.

Blabon first noticed tremors in her right hand and arm about two years ago. She saw a neurologist, but tests were inconclusive at first.

Last year, she noticed her right leg was shaking and her handwriting was getting smaller, like chicken scratch.

A couple of scans and an MRI revealed no red flags again. She then had a DATscan at Wake Forest Baptist Medical Center, and the imaging agent or dye used in the procedure revealed there was a small, previously undetected area in her brain not producing dopamine.

So the Parkinson’s diagnosis followed. The date was May 5, 2014.

“I couldn’t breathe,” she says. “I felt like it was a death sentence, but I learned it is not.”

Blabon has asked the questions you might expect. Was this hereditary? But she found no family history related to the disorder.

“I have learned Parkinson’s does not discriminate,” she says.

Blabon credits her husband, family and Peggy Wilson with the Parkinson’s Disease Support Group in Salisbury for helping her considerably.

“I don’t know what Parkinson’s in this area would do without her,” Blabon says of Wilson. “She’s an angel.”

Blabon invites anyone with early onset Parkinson’s disease to contact her at dt.blabon@gmail.com. Contact Mark Wineka at 704-797-4263.