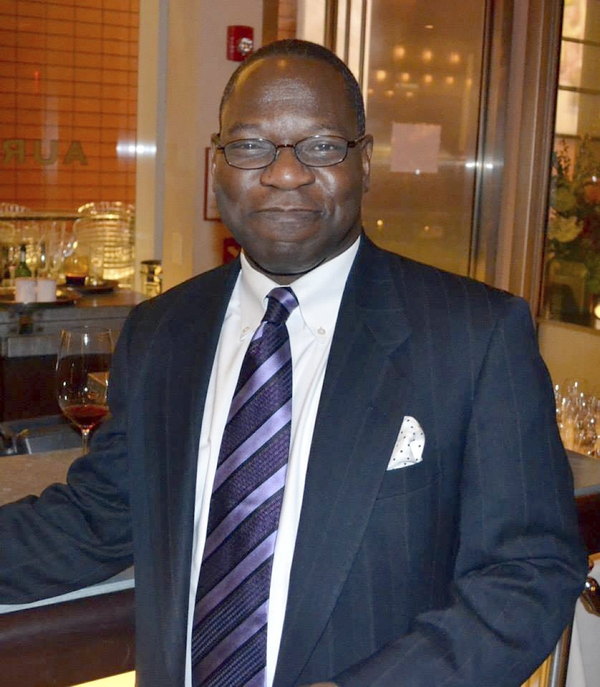 Submitted photo New York tenor Jerrod Sanders, a 1976 graduate of South Rowan High, will be part of a special concert May 2 at First Baptist Church in Salisbury.

SALISBURY — You have to go back 40-plus years, to the spring of 1974, to find the first time Jerrod Sanders and Neal Wilkinson appeared on stage together.

They were students then at South Rowan High School and cast by drama teacher Pat Corriher for “Hello, Dolly!” Sanders played the role of Barnaby Tucker; Wilkinson Cornelius Hackl.

Anyone who wasn’t tone death knew Sanders and Wilkinson had special singing voices. A kid from the Mooresville zip code of Rowan County, Sanders would go on to live and sing in New York and for a time perform for the Metropolitan Opera.

Having grown up in Enochville, Wilkinson stayed closer to home, though he has headlined many local shows, choruses and church programs. Wilkinson also made singing the national anthem a specialty, having belted it out at scores of events and on the diamonds of major league ballparks across the country.

His next big venue probably will be Chicago’s Wrigley Field this summer.

But Wilkinson chuckles at the suggestion that he and Sanders are comparable in the singing department. He’s just thrilled Sanders has agreed to be part of a special May 2 concert at First Baptist Church in which Sanders, Wilkinson and the South Rowan High Honors Chorus will be featured.

“I’m so excited for people in Salisbury to hear him, if they haven’t heard him before,”  he adds. “It’s an opportunity to hear a world-class singer, and that just doesn’t happen every day. He’s been there, done that.”

Sanders says he thinks the May 2 event in the First Baptist Church sanctuary will be “a wonderful concert.”

The non-ticket event will collect money at the door for the South Rowan High Alumni Scholarship Fund. The concert will feature both Broadway tunes and sacred music. Sanders and Wilkinson will sing together and solo, and the Honors Chorus — under the direction of Jan Gore — will sing with them at times and on their own.

After graduating high school in 1976, Sanders majored in music and became a classically trained singer at the University of North Carolina at Greensboro, winning the National Association of Teachers’ Singing Voice Competitions at both district and regional levels.

Then it was on to New York, where he still lives and works. His New York debut came in Opera Ebony. With the company, he played Mr. Angel in Mozart’s “Der Schauspieldirektor” and also performed as Goro in Puccini’s “Madame Butterfly.”

Those roles led to a national and international tour of “Porgy and Bess” with Living Arts of NY City and the Houston Grand Opera.

Sanders attained a lifelong dream when he landed the role of Mingo in the Metropolitan Opera premiere of “Porgy and Bess.”

Many operatic and oratorio performances followed in Italy, Spain, Austria, Australia, Israel and Canada, according to his deep biography.

“Jerrod is a natural talent,” Wilkinson says. “He really, truly is. From the time I got to know Jerrod, he always wanted to be doing what he’s doing. … He has always been a solid tenor vocal talent.”

Today he is on the staff of two Catholic churches in New York and also working closely with health-care leaders Jacqueline Perez and Catherine Morency in their Society of Jesus service to communities of older Jesuit men.

Sanders sings and holds masses with them.

At South Rowan High, Wilkinson and Sanders sang in the Modern Ensemble together. In Wilkinson’s senior year — he graduated a year ahead of Sanders — they performed together in “South Pacific.”

Pat Corriher, their drama teacher, plans to attend the May 2 concert in Salisbury. Kannapolis’ Lynne Scott Safrit, a longtime friend, Sanders’ classmate and a onetime accompanist for him, will play the piano on two of his songs May 2.

Otherwise, Susan Trivette will provide piano accompaniment for the show.

Sanders says music was always an important part of his family life. Growing up, he and his sisters would sing to both Motown and gospel records. He auditioned for the South Rowan High chorus as a freshman, and director Frances Cowan, who became a major influence in Sanders’ life, immediately started scheduling singing engagements for him at civic clubs and churches.

“She thought I had a real talent,” Sanders says of the late Cowan.

Her encouragement led him to participate for the first time in the N.C. Federation of Teachers’ Singing Voice Competition, and he won second place among high-schoolers.

Sanders said singing in the high school shows, including “I’m a Yankee Doodle Dandy” in his senior year, put him firmly on a career path with music.

Sanders moved to New York directly from college in 1980. He started out as a singing waiter at the Mount Washington Hotel, which had gone around the country holding auditions for the jobs.

The unique position had him waiting on tables and making an income that way, but he also would transition nightly from the dining room into shows in the hotel ballroom. He often heard his customers ask later at the performances, “Weren’t you my waiter?”

“They would leave you a fantastic tip,” Sanders adds.

Sanders says he still can’t believe someone from humble beginnings in Mooresville could someday sing with the Metropolitan Opera.

A few years back, Sanders traveled south from New York to sing at Bethpage Baptist Church in Enochville, and it’s where he and Wilkinson first started talking seriously about a concert together and getting the South Rowan High chorus and alumni association involved.

“It will be very exciting, and I get to go back and sing with the South Rowan Chorus, which was a big part of my life,” Sanders says. “To give back is very important to me.”

Wilkinson is a little bit concerned that they will have only one day for rehearsal before May 2. But then he thinks of Sanders’ voice, and it eases his worries. The old friends surprisingly haven’t come up with a name for their night of songs.

“We’re just getting together and doing a concert,” Wilkinson says.