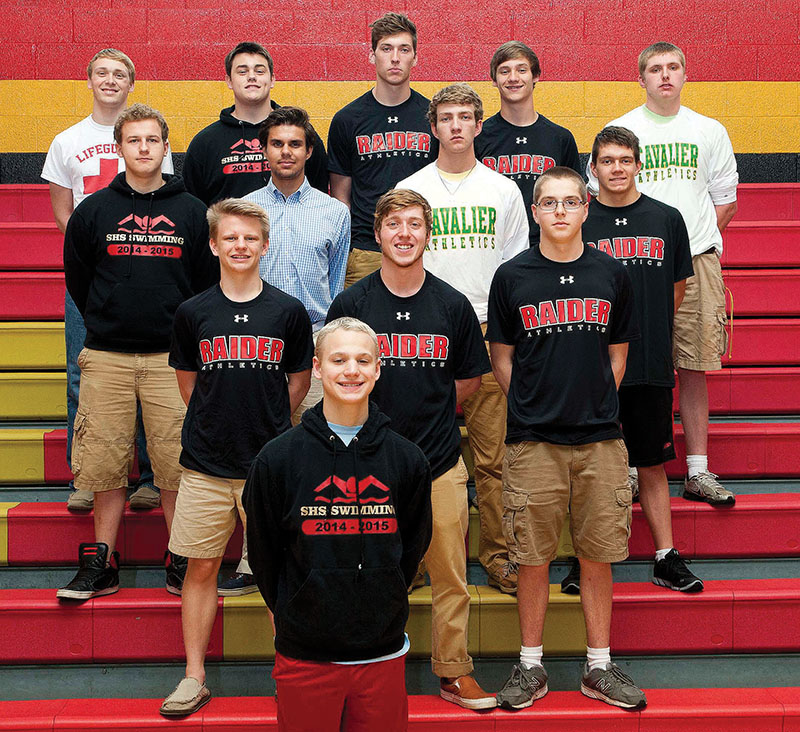 SALISBURY — The first year in a high school pool was a building year for Salisbury freshman Ethan Knorr. He had a great night at the Rowan County Swimming Championship in January, claiming three titles.

The 14-year-old freshman grabbed first place in the 200-yard individual medley, the 500 freestyle and was part of the winning 400 freestyle relay team, which includes Max Patel, Ryan Lasker and Matt Woolly.

That was the foundation.

“I think it’s pretty amazing coming off [a season] of doing so good this year,” he said. “…Doing so good at county and then bringing that momentum onto conference and then lighting it up at states just really helped me out.”

Knorr’s performance at the county championship led to him being named the Rowan County Boys Swimmer of the Year.

“He was excited to come in and swim [for the] high school this year,” Salisbury swimming coach Ryan Starrett said. “He was a very motivational type person. When he got in the water, he was always 100 percent.”

His performance at the county meet carried over to the Central Carolina Conference championship, where he won individual crowns in the 200 individual medley and 500 freestyle and aided in first-place finishes in the 200-yard medley relay and the 400 freestyle relay.

“He’ll eventually win something at states some day,” Starrett said.

It’s been nine years since Knorr, who swims for Rowan Aquatic Club, got in the pool. It began as fun, but then he started to enjoy the racing aspect of it more and more.

“Whenever I first started, I just wanted to having some fun,” Knorr said. “Then I got more into the competitive part of it.”

Speed has never been the problem. Starrett said Knorr is among a handful of 14-year-old swimmers in the state clocked under two minutes in the 200 individual medley, a race Knorr called his specialty.

“I really broke out whenever I was pretty young, and it’s just kept with me all these years,” Knorr said. “It kind of built on progressively. I’ve hit a couple of slumps since then, but I’ve stayed primarily at the top of the state.”