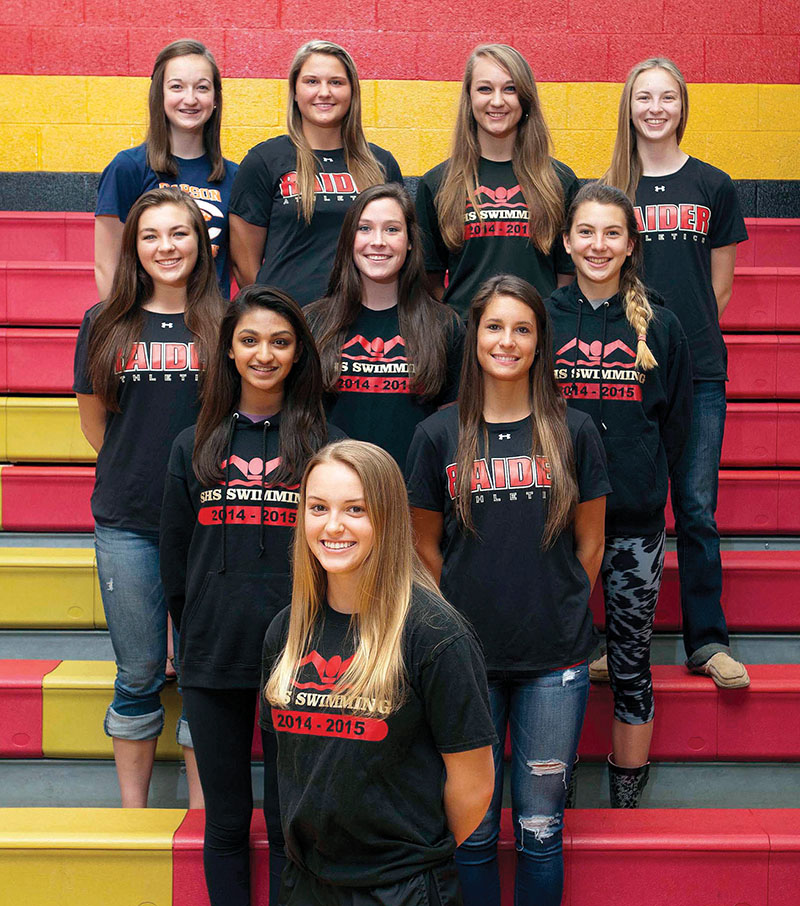 SALISBURY — At the Rowan County Swimming Championship in December, the Salisbury team of Shelby Holden, Sharmi Amin, Kathryn Morrison and Amelia Steinman took first place in the 200-yard medley relay. They were 12 seconds ahead of second-place South Rowan in the first event of the meet.

It was only the start of a great night for Morrison. She took first place in the 100 butterfly and the 100 backstroke and swam the third leg of the Hornets’ first-place finish in the 400 freestyle relay. She was named the best swimmer of the night and is the Rowan County Girls Swimmer of the Year.

“I actually didn’t expect to get Swimmer of the Year freshman year, so I am really happy with that,” Morrison said. “I didn’t really have the best year in high school swimming, but it was a good year overall for our relays.”

She added two individual titles and swam on two title-winning relay teams in the same events at the Central Carolina Conference championship meet in late January.

Salisbury head coach Ryan Starrett had heard of Morrison before the season, but he didn’t know much about her. It didn’t take him long to see the talent was there.

“The first time she got in the water, I knew she’d be pretty good,” he said. “…When you’ve been doing this long enough, you can tell just by how the stroke is. Her’s is very efficient and very effortless.”

Morrison put together another impressive outing at the NCHSAA’s 1A/2A state meet in February at the Triangle Aquatic Center in Cary; swimming in four championship finals. Morrison placed third in the 100 backstroke and fifth in the 100 butterfly. She also was part of the Hornets’ eighth-place finish in the 200 medley relay and a sixth-place effort in the 400 freestyle relay.

Morrison, 15, took up swimming nine years ago. She swims for Enfinity Aquatic Club based in Winston-Salem.

“I’ve always loved to swim ever since I was little,” she said. “I love playing around in the summer. I used to come into the (YMCA) and watch them in the window and I always wanted to swim. Then when I got in the pool, I left my heart there.”

The water, it turns out, is a haven for Morrison. It’s where she feels at ease. As the water glides over her, the water washes away any worries she has.

“In the water, I just feel like I’m home,” she said. “I feel like I let everything out there.”