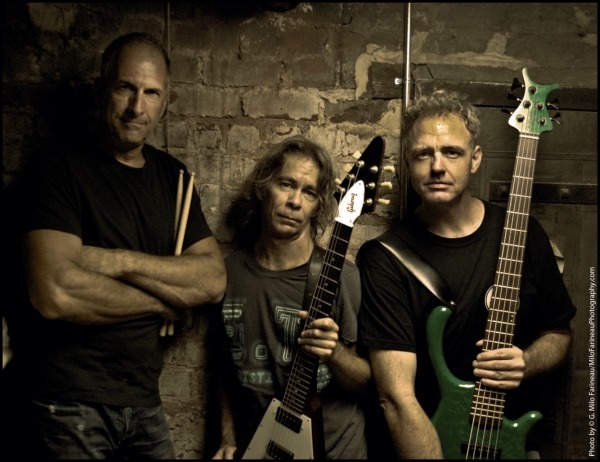 Since the Earth Day Jam founding in 2012 by organizers Ashley Honbarrier and Stacey Carter, the festival has picked up interest by many, and doubled its population every year, leading up to its first year as a full out weekend of environmental education, music, art, and family fun to celebrate Earth Day, and generate funding to support The LandTrust.

Music on two stages    Hosting more than 20 of the region’s top musical acts, alternating on two stages over the weekend, Earth Day Jam welcomes national recording artist Tim Reynolds, and his band TR3 Friday night. With a musical career spanning over 35 years, guitarist, sonic innovator, and two time Grammy-nominee Reynolds is known for his masterful command of melody and timing and for his uncanny ability to improvise on any instrument he touches. It was in the mid 1980s in Charlottesville, Va. when Reynolds founded his breakthrough electric power trio, and later befriended Dave Matthews, ultimately constructing the Dave Matthew Band. The respect and collaboration between the two is internationally known. In this short tour for TR3, Earth Day Jam being one of only two North Carolina performances, Tim Reynolds will join the Dave Matthews Band 2015 tour beginning in May.

Other major acts include Folly Beach, S.C. natives Dangermuffin, with heavy airplay on Sirius XM Radio and listed on many major music festivals this season. Same goes for The Lee Boys from Miami, Fla., featuring pedal steel icon Roosevelt Collier, who has collaborated with Oteil Burbridge of the Allman Brothers Band, as well as legendary bassist Victor Wooten and many more. Established as one of the world’s greatest drummers, The Jeff Sipe Trio will be playing on Saturday at the festival. Also performing, Native American award winning indie rock band Dark Water Rising, Widespread Panic fiddle player David Blackmon, veteran EDJ all-stars Big Daddy Love, along with many other hometown heroes including Salisbury’s own Big Break.

Environmental information and awareness    Earth Day Jam welcomes all ages to gather for environmental information and awareness. Over 40 educators and vendors hit on areas such as alternative energy, local farms, nature conservancy, wildlife protection, natural health and wellness, and environmentally friendly artwork and crafts. Children aged 12 and under are absolutely free, and are entertained with bounce houses, field games, environmentally friendly artwork, recycled crafts, jugglers, magic and much more, to enjoy opportunities to celebrate Earth Day with family and friends.

Lodging options     Salisbury/ Rowan County hotels and bed and breakfasts offer hotel packages for the weekend, as the festival continues to draw in tourists from all over North Carolina. Camping at the venue site is offered as well, with weekend ticket purchases.

More Check this out

Closings, cancellations and postponements March 19 and beyond