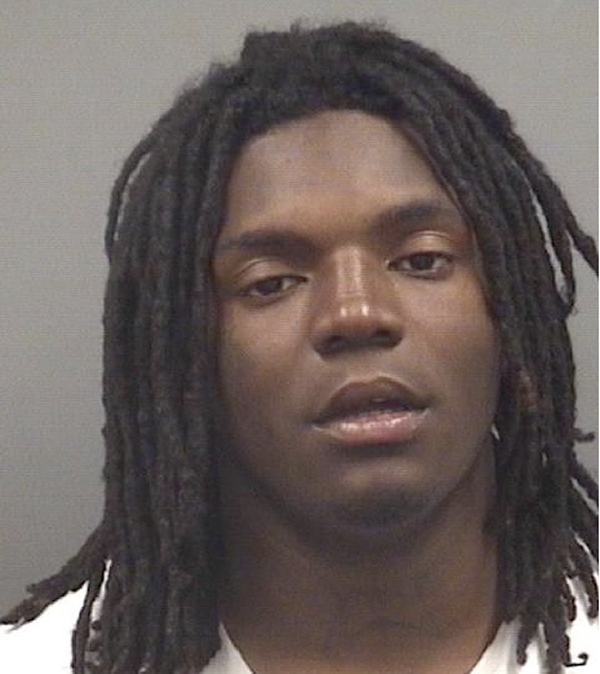 Salisbury Police are looking for a man they believe stole a car with a baby inside from a local convenience store parking lot.

The baby was found a short time later, unharmed, in the car parked near a Tabernacle Street home.

Police have arrest warrants for Derrick Dashawn Brown, 20, of 430 Grim St., on two counts of felony larceny of a motor vehicle and one count of felony kidnapping.

Brown is 5 foot 9 inches tall and weighs 165 pounds. He was last seen wearing gray sweatpants, white tennis shoes, a black shirt with an American flag on it and a gray hooded sweatshirt.

The incident occurred Wednesday around 12:54 a.m. at Pop Shoppe convenience store, 1831 W. Innes St. Gregory Fincher, the father of the child, told police he was watching the baby but had to go into the store for a few minutes. He left the key in the ignition and the doors unlocked. The baby was in the back when the 2008 Ford Escape was taken.

Fincher came out in time to see someone driving off in his car, heading east toward downtown. He chased the vehicle but wasn’t able to catch up.

About 20 minutes later, a woman approached officers who were still on the scene and told them a strange vehicle was abandoned near her house on Tabernacle Street. Police checked it out and found the baby inside it. The suspect was gone.

Police ran a track with a K-9 but were unsuccessful.

Police believe the same man stole a car from a home at 1123 S. Main St. earlier the same morning,around 12:07 a.m. Rickey Torrence reported his white 1997 Cadillac Deville stolen. He told police he went inside the house and when he came out his car was gone.

The man believed to be involved in the kidnapping, who was seen wearing the same clothes, jumped into the Cadillac and took off. The victim knew of Brown. The car was recovered about three blocks from the West Innes Street incident.