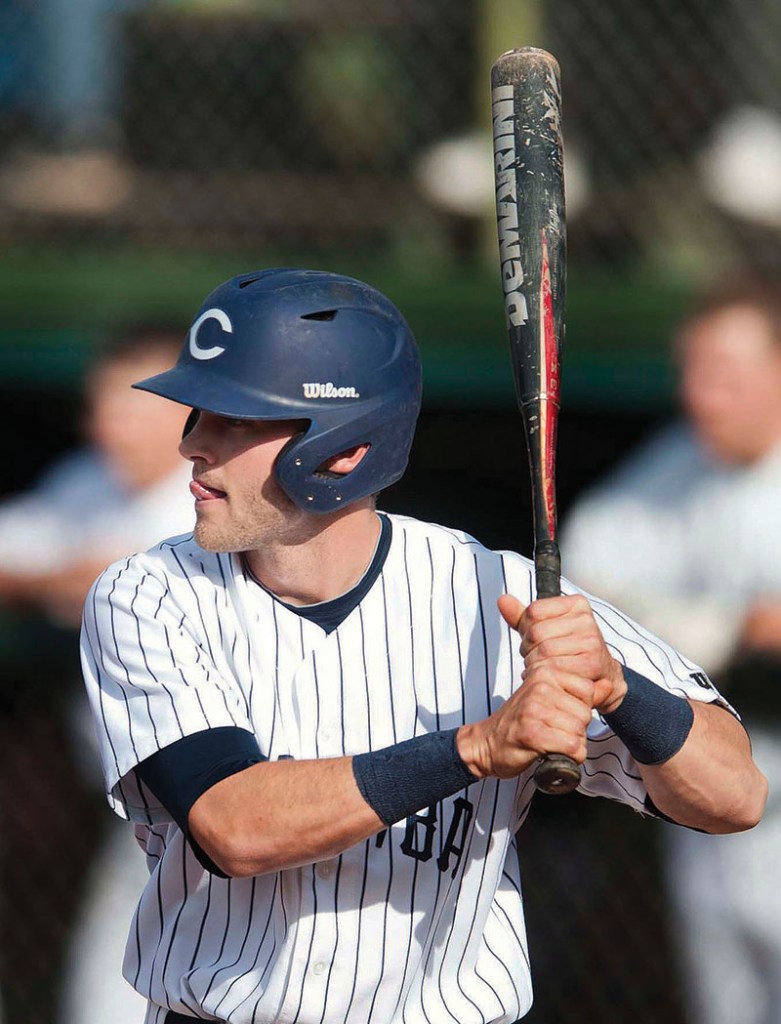 FILE PHOTO BY JON C. LAKEY / SALISBURY POST Catawba’s Blake Houston, a graduate of South Rowan, waits on the pitch March 14 in a South Atlantic Conference game against Lincoln-Memorial. Houston has been integral to the Indians’ success this year. Catawba is at home against Tusculum this weekend with a chance to clinch the SAC championship.

SALISBURY —  A year ago, Catawba baseball coach Jim Gantt watched a mob of  successful seniors smile and pose for pictures at their last home game at Newman Park.

Gantt looked wistfully at the guys exiting the program, shook his head and said, “Next year we might not win a game.”

Gantt was kidding. He knew they’d win in 2015, but he did not expect to be 33-9  at this point and ranked fifth (NCBWA) and 11th (Collegiate Baseball) in the D-II national polls. Catawba already has clinched a share of the South Atlantic Conference title and shoots for an outright championship at 6 p.m. Friday at Newman Park against Tusculum.

Gantt didn’t know a year ago that fifth-year senior center fielder Blake Houston would decide to return for his final year of eligibility. Houston has been fabulous as the leadoff man and center fielder, leading the nation in walks and ranking second in runs scored with 63.

“Blake has been outstanding,” Gantt said. “He sees pitches. He works the count, and he’s a tough out. He doesn’t make many one-pitch outs. He’s had a lot of those eight-pitch, nine-pitch at-bats that take a toll on a pitcher and help the rest of our lineup.”

Wharton hit three homers last weekend against Mars Hill. Albertson was human last weekend but is still batting .491 with 19 homers and 70 RBIs. McClintock is the biggest reason the Indians are 28-1 when leading after six innings.

Gantt said the unsung hero has been shortstop Dylan Richardson. He’s raised his batting average from.242 as a sophomore to .324 as a junior. Freshmen have also been big, with Chance Bowden (42 RBIs), Luke Setzer and Kyle Smith contributing to a powerful offense.

“We’ve had as many as eight freshmen play in a conference game,” Gantt said. “We’re playing a lot of young guys, but we’ve gotten good leadership from the older ones.”

Gantt said the Indians usually have to fight for the SAC regular-season title on the last weekend of the conference season, so they’re in better shape than usual. Entering the three-game series with Tusculum, Catawba (21-5 SAC) already knows it will be the No. 1 seed for the SAC tournament.

Newberry is playing Coker this weekend and is three games behind Catawba. Newberry could still tie the Indians for first place in the standings, but Catawba beat Newberry two out of three back in February. Tusculum is in third place, four games behind the Indians.

The SAC tournament determines the SAC’s only automatic qualifier for the Southeast Regional Tournament, although this is one of those seasons Catawba is in position to earn an at-large bid even if it fails to win the tournament. The first regional poll won’t be released until next week.

Looking ahead to the conference tournament, Gantt plans to use ace Craig Brooks (8-1, 1.55 ERA, 120 strikeouts) only in relief Friday, so he’ll be able to start Catawba’s first game in the tournament. Shepard (8-2), the reigning SAC Pitcher of the Week, will start Friday’s game. Connor Johnson (5-0) and Matt Farmakis (3-2) are set for Saturday’s games against Tusculum (26-14, 17-9).

“It’s difficult to sweep a team as good as Tusculum, so we’re going into this series with the goal of trying to win the series,” Gantt said. “We have a chance to be a little fresher, a little better rested for the conference tournament than we usually are.”

Chris Waylock leads Tusculum’s Pioneers with a .366 average. Andrew Bowerman is hitting .359. Reliever Devan Watts has a 4-1 record with six saves and a 1.50 ERA.