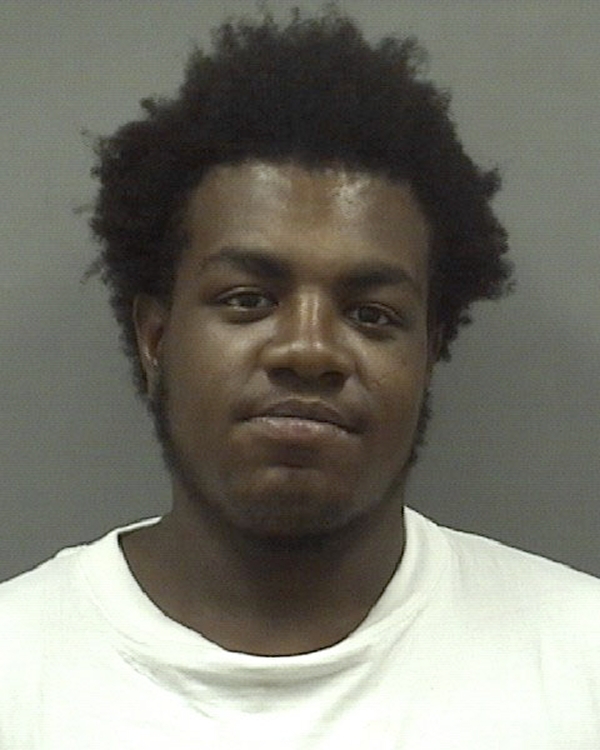 EAST SPENCER — Rowan authorities say they had to use a stun gun on a man multiple times after he repeatedly tried to run from them and fought back during an arrest.

Relatives of the man, Shaar Andra Worth, 27, say law enforcement used excessive force and they have the account on a surveillance video.

Worth’s relatives said they plan to seek legal counsel. Sheriff Kevin Auten said at this point he does not believe excessive force was used. Since officers deployed Tasers, a use of force report was filed and will be reviewed, Auten said.

Deputies responded to an apartment in East Spencer to assist a town police officer in what was initially called in as a theft of a golf cart.

Authorities went to 211 Correll Street, not far from Grant Street, where they found the golf cart in a nearby wooded area. A report said they determined Worth took the golf cart after a woman told them he’d given her the keys.

When police tried to talk to Worth about the incident, he attempted to run into nearby woods, the report said. He stopped and returned when an officer yelled for him to stop. But, the report said, he refused to be handcuffed or arrested. Worth ran back into the apartment and a deputy shocked him with a Taser. The barbs attached to his back, but had no effect, the report said.

Worth ran through the apartment and into a bathroom. Officers tried to coax him out, but he refused. A K-9, Echo, was brought in, but taken back to the patrol car once an officer was able to open the door without force, according to the report. Worth came out and was placed on the ground but refused to place his hands behind his back, the report said.

A deputy used the Taser to drive stun Worth, but again it had no effect, a report said.

Worth continued to be combative, cursing, kicking at officers and jerking away, said Sheriff’s Capt. John Sifford.

A deputy used the Taser again to drive stun Worth, who then appeared to comply with officers’ commands.

While en route to the Rowan County Magistrate’s Office the report said, Worth asked the deputies if all of this was “necessary” and whether he was being charged with stealing the golf cart from behind a man’s building. The deputy told Worth it was about the golf cart. Deputies reported Worth continued to be combative at the magistrate’s office and they were unable to fingerprint him. He was placed in a padded cell for his and others’ safety, authorities said, where he remains.

Cleveland Hill, the uncle of Worth, and his wife Shanna Roberts, say the force used by the officers was excessive. The couple had left prior to the incident to get dinner. They were called home by a neighbor. When they returned, an officer refused to let them pull into the front yard. The couple live in the apartment next to Worth and his girlfriend. The apartments are situated in the back lower portion of a church that is renting the upstairs building.

Hill and Roberts say because their apartment has been broken into before, they installed a surveillance camera onto the front of the building. Although the camera recording has no sound, Roberts said it captures her nephew being punched and abused by deputies. The couple showed the video to a Post reporter. The black-and-white video does show law enforcement officers pulling in at the front of the property and bringing Worth outside. A patrol car blocks much of what occurs.

Seven law enforcement cars are seen parking in the front of the property and officers from the Rowan County Sheriff’s Office appear to be struggling to get Worth inside a car. The family says he was beaten about the head and bitten by the K-9, a claim the Rowan County Sheriff’s Office refutes. Officials in the jail spoke with Worth, who confirmed this morning he was not bitten by the K-9, Sifford said.

The family says officers should’ve known Worth is mentally challenged and has a history of seizures. Roberts and Hill admit Worth has had past dealings with law enforcement and he is a “runner,” they said.

Hill said if officers had let him talk to his nephew, he would’ve been able to calm him down.

Worth was convicted in 2011 of misdemeanor communicating threats. Salisbury Police charged Worth in February with breaking into a vacant home after he was caught running from the home. In that incident, officers had to drive-stun Worth with a Taser because he was combative and resisted being handcuffed. A report said Worth kicked a back window when he was placed in a patrol car. He also tried to spit on the officer, who had to place a spit mask on him. Worth also kicked an officer, so his feet were shackled.

Worth remains in the Rowan County Detention Center under a $10,000 secured bond for resist, obstruct, delay an officer and no bond for felony breaking and entering and felony larceny.