Lincoln’s violent death and his legacy 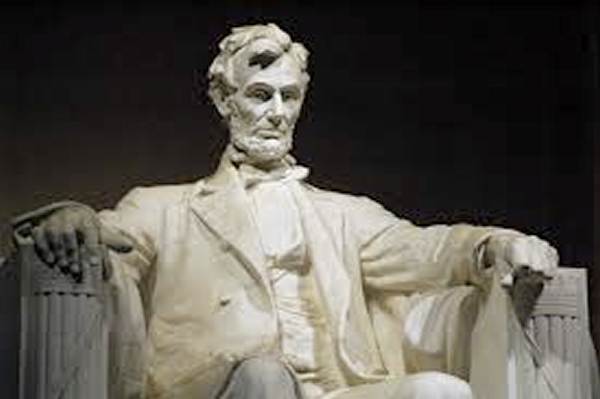 Abraham Lincoln was laughing at a punch line at a stage play when he was shot once in the back of the head. He never regained consciousness and died nine hours later.

Tuesday marked the 150th anniversary of the day that John Wilkes Booth snuck into the presidential box at Ford’s Theatre during a performance of the farcical comedy “Our American Cousin.” Actor Harry Hawk, alone on stage, gave what Booth knew was one of the funniest lines in the play: “Don’t know the manners of good society, eh? Well, I guess I know enough to turn you inside out, old gal; you sockdologizing old man-trap!”

As always, uproarious laughter followed, and that was when the assassin — an actor himself and a rebel sympathizer — pulled the trigger. At 7:22 a.m. the next day, in a cramped bed in a boardinghouse across from the theater, Lincoln died. Wednesday is the 150th anniversary of his death.

For a century and a half, Lincoln has been seen as a national martyr, as the final casualty of the Civil War. And that’s how he was viewed in the hours and days following his killing — but not by everyone.

As historian Martha Hodes notes in her new book “Mourning Lincoln,” there was a significant portion of the American populace, even in the North, happy the president had met his death.

“In Boston,” Hodes writes, “an Irish cook made her politics known in front of her employers by ‘laughing all day’ when the news arrived.”

Even some fire-breathing, anti-slavery members of Lincoln’s own Republican Party, afraid of the president’s conciliatory tone toward the former Confederate states, were glad rather than sad over his assassination. One disgusted congressman wrote in his diary: “Universal feeling among radical men here is that his death is a godsend.”

In surveys of historians on the rankings of the American presidents, Lincoln is almost always in the top position, just ahead of George Washington. He fought and won the Civil War. He reunited the nation. He was the moving force in the emancipation of American slaves. In the Gettysburg Address, he gave the nation a vision of almost Biblical grandeur and depth.

Yet, if the 16th president had survived his second term, he certainly wouldn’t have been seen as a national saint. His legacy would have been much less clear.

After all, Lincoln was one of America’s most controversial chief executives — criticized for acting unilaterally to limit civil liberties, suspending the writ of habeas corpus and imprisoning without trial thousands of rebel sympathizers.

In summer 1863, following the July 4 victories at Gettysburg and Vicksburg, he was riding high, but, a year later, he was so downhearted about his prospects for a second term that he wrote that it seemed “exceedingly probable that this administration will not be re-elected.”

Lincoln’s violent death, coming as it did in the days just after the Civil War had been won, deeply affected the way Americans of later generations came to view him. He’s on the penny. He’s on the $5 bill. He’s Honest Abe, Father Abraham. He’s remembered for his final sacrifice, not for all the political head-butting that left his reputation bruised and battered until the very end.

Later presidents have suffered in comparison. How do you compete with a martyr?

The lesson of Lincoln’s life as president — those years leading up to his death — is that every resident of the White House has successes and failures. And that’s worthwhile keeping in mind during Barack Obama’s second term as political commentators work overtime creating a cottage industry of evaluating his legacy.

Almost from the beginning of Obama’s second term, we’ve been treated to opinion pieces with headlines such as “Obama is the worst president ever” and “12 reasons why Obama is one of the best presidents ever.”

As always in such second-term handicapping, no matter the president, this is a case of premature evaluation.

At some point, far in the future, well after Obama has left the White House, historians will have the critical distance to be able to adequately weigh his successes and failures and get a fairly legitimate sense of his place in American history. But not now.

Consider this: If Lincoln had come home from the play that night 150 years ago, he probably would have found on his breakfast table, some morning a few months later, a newspaper with this headline:

“Lincoln is the worst president ever.”

Patrick T. Reardon, a former scholar-in-residence at the Newberry Library in Chicago, is a member of the advisory board of the Abraham Lincoln Presidential Library and Museum. He wrote this for the Chicago Tribune.