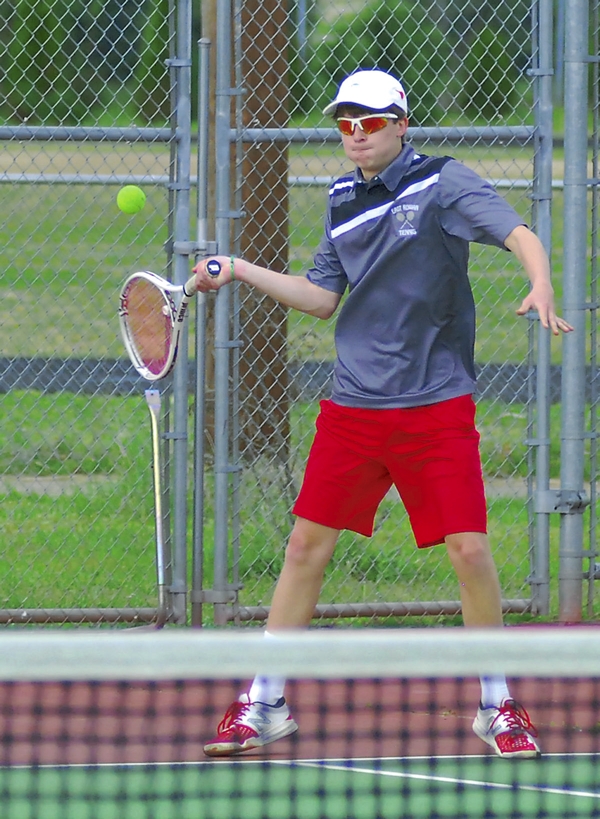 ADAM HOUSTON / SALISBURY POST East Rowan's Addison Fry loads up to hit a forehand Friday in a non-conference match at Salisbury. Fry won the victory-clinching point in singles and was part of the Mustangs' only win in doubles as they beat the Hornets 6-3.

Fry battled Salisbury’s Matt Sukkasem on Court 5 in singles on his way to a 6-3, 6-6 (10-6) victory in straight sets. Fry and Sukkasem had the last singles match to finish, and Fry’s point clinched the victory for the Mustangs before the start of doubles play.

Fry then teamed with Nik Pilsbury in doubles for an 8-2 victory over Salisbury’s duo of Sukkasem and Benjamin Roy. It was the Mustangs’ only point in doubles but good enough for a 6-3 final score.

East Rowan improved to 10-0 on the season with the triumph.