Church’s ‘Byrd’ may fly her to a new place 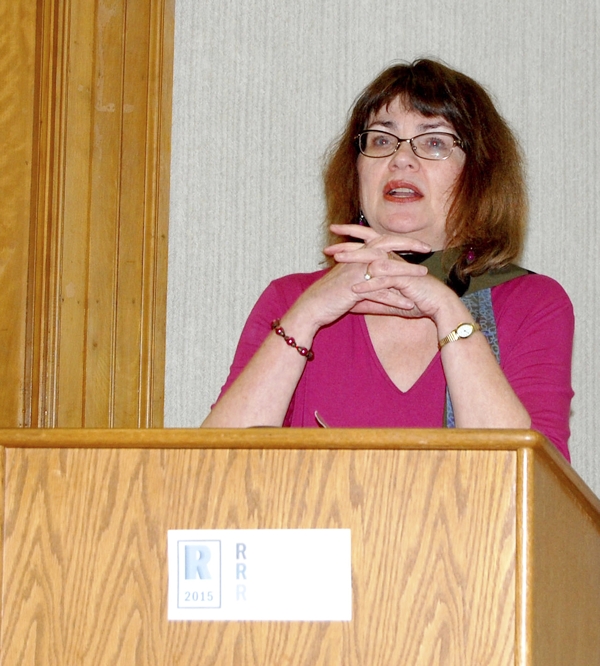 The Rowan Reading Rendezvous was lucky enough to have Kim Church, author of the critically acclaimed debut novel, “Byrd” as a guest at the recent event.

Church, born and raised in Lexington, is an attorney living in Raleigh.

“Byrd” made the list for the 2014 Flaherty-Dunnan First Novel Prize and won the 2014 Crook’s Corner Books Prize and she’s a finalist for other awards, as well.

Church is funny and self-deprecating and eager to learn more about what it’s like to be a writer.

The heroine of “Byrd” is a single mother who gives up a child for adoption. Church quickly dispensed with the three most asked questions she gets: Is it autobiographical. No. Is it based on someone real? No. How long did it take to write? Ten years, she said, five on the first draft and five rewriting it. “The characters kept me going.”

The book is about learning to make and accept our own choices. “You’ve got to learn to let go of self-doubt and perfectionism.” The same is true of writing. Church said, “My writing season has come and I’m grateful.”

Her advice to new writers: “Persist.”

She wrote an interview she imagined she had with Terry Gross and read it to the group at Rowan Public Library. “Has anyone told you you misspelled the name of your novel?” the imaginary Terry Gross asked. “Just my whole family,” Church answered, with a laugh.

The book consists of short vignettes from different points of view, including the letters Addie, the child’s mother, writes to her absent son.

Addie works at  a bookstore that’s only open at night. During the day, the owner is out buying books. He lets her work there so she can keep her secret.

It’s set in North Carolina, naturally, and the baby’s father was the new boy in school once upon a time. Addie had a big crush on him and they become friends, drawing on their shared love of poetry. Then they become lovers, but go their separate ways. He ends up in a blues band. She ends up pregnant.

Why would a successful attorney want to write a novel like this? Church always wrote, she said, and she still practices law. She wrote a lot of poetry, but, she pointed out, no one makes a living with poetry.

In her mid-30s, a lot of things happened. She was working on a tragic case, the suicide, in the hospital,  of a young wife who had four children. “I worked intensely on that.” In the middle of the trial, Church’s father died, and she felt as if a rug was pulled out from under her. Time was not on her side, she realized.

She missed writing and decided if she was going to do it, she had to do it soon. She’d never aspired to fiction, always poetry, but was inspired to give fiction a try.

Church has made a promise never to sell a book she has yet to write. “Then I’d have my agent and my editor breathing down my neck for the next book,” though she assured the readers her agent and editor are very nice.

Publishing is not easy — Church is on her third publisher since “Byrd.” For anyone who wants to write, she recommends reading Ann Patchett’s book, “The Getaway Car: A Practical Memoir About Writing and Life.”

After her talk, Church went back to the room where other authors were talking, signing and visiting with each other. She ended up talking to Salisbury author Jenny Hubbard, whose latest book, “And We Stay” has earned quite a bit of recognition, about the pressure of a second book. They agreed the second book is much harder than the first. Hubbard is now working on her third book and always wants more time to revise. Church is having a hard time making the transition to the next book. “There’s so much emotional investment in it.”

They key is to learn that you can let it go, the authors said. Your characters will be fine without you. They’ll still love you when you move on.

Hubbard says she waits for the right voice to emerge.

Church said, “You found your voice? Stick with it.”

She practices a different kind of law now, making sure she has time to write. “It’s the life I want,” she said.

Wayne Hinshaw: Feeling burned out? These suggestions might help