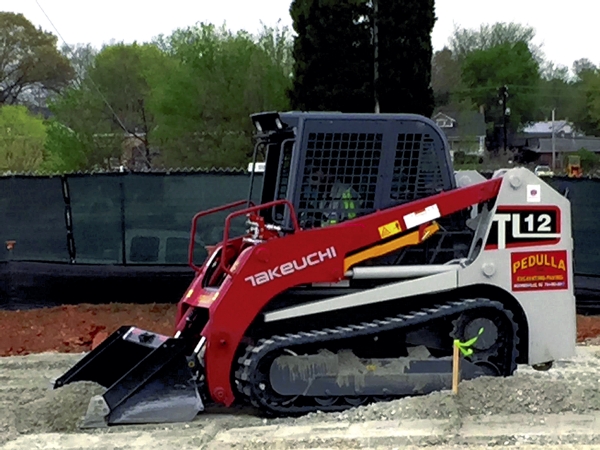 After more than two decades of hoping, waiting and fighting, the Rowan-Salisbury School System is ready to break ground on a new consolidated central office building.

The Wallace Educational Forum’s groundbreaking ceremony is slated for one week from today.

The festivities are on, no matter the weather.

Vann said, if approved by law enforcement, the event will take place under a tent that will be set up on Cemetery Street, which borders the property.

“Sometimes before groundbreakings, it wants to rain the night before,” he said, adding that the street is a safer, cleaner alternative for attendees.

School board members, district administrators and other dignitaries will don hardhats and grab shovels before moving over to the property itself for the actual turning of dirt ceremony.

Foil said they plan to have students involved throughout the ceremony – from entertainment to presenting the colors to the actual turning of the dirt ceremony.

“We want to make all the schools a part of it,” she said.

“What we do is for our students,” Vann said. “The building is for their future.”

The ceremony should last between 30 and 45 minutes, and will be followed by a public reception hosted by Mona Wallace at Wallace Realty.

“We want it to flow pretty fast,” Foil said.

Although work has already begun on the site, once the groundbreaking ceremony takes place, crews can start building.

“Things have progressed well on the site,” Vann said, adding that so far, they haven’t run into any major issues.

Construction crews have already demolished existing structures, completed the process of leveling out the property and installed some drainage pipes. They’re currently in the process of pouring concrete curbs.

After the groundbreaking, they will begin pouring footings for the foundation and begin constructing the building.

The groundbreaking ceremony will take place Saturday at 3 p.m. in the 500 block of North Main Street in Salisbury. A reception will follow at Wallace Realty, 604 North Lee Street.