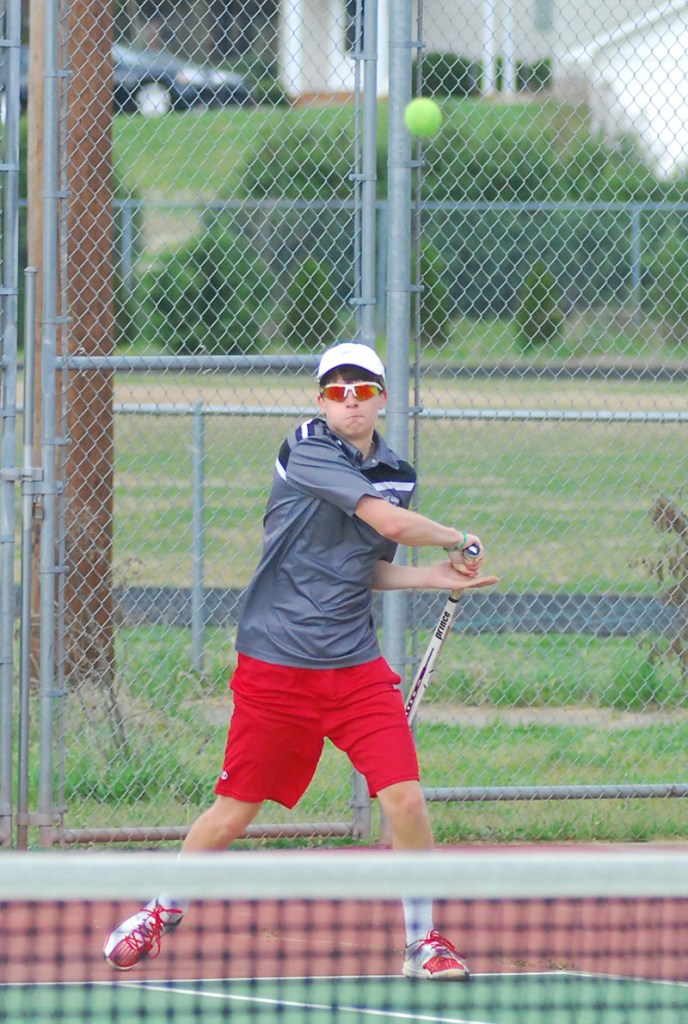 SALISBURY — When East Rowan and Salisbury met Friday on the hard court, it was a big match for both teams. The Mustangs and Hornets were both unbeaten and both are favored to win their respective conferences. This late in the season they were searching for a test.

“We needed this to remind ourselves it’s not going to be easy the rest of the way,” East Rowan head coach Jon Heidrick said.

The Hornets’ lone point in singles came from Spencer Storey. In the top singles match, Storey was up 6-1 on East Rowan’s Ike Emerson after the first set. Emerson roared back in the second set with a 6-1 win of his own. Storey claimed the match with his 11-9 victory in the third-set tiebreaker.

Overall, it was a loss for the Hornets (9-1, 7-0 CCC), but it was something coach Milton Griffith deemed necessary.

“It’s important,” he said. “I’m not saying everybody (in the Central Carolina Conference) is a weakling, but good competition is good.”

Even with the match decided, the doubles matches were hotly contested. That’s something both coaches were pleased to see.

The Mustangs defeated Concord 6-3 in mid-March to gain the inside track to the SPC title. Like Friday, the winner was decided in singles. Heidrick said his team let off the gas in doubles against the Spiders. The Mustangs didn’t do that Friday.

“If they see this like a postseason games, hopefully this sticks in their heads,” Heidrick said.

Griffith was glad to see the Hornets still competing despite the match already being decided.

“That was the good part,” Griffith said. “We could have easily put our heads down, but they didn’t. It’s a good thing they didn’t give up.”