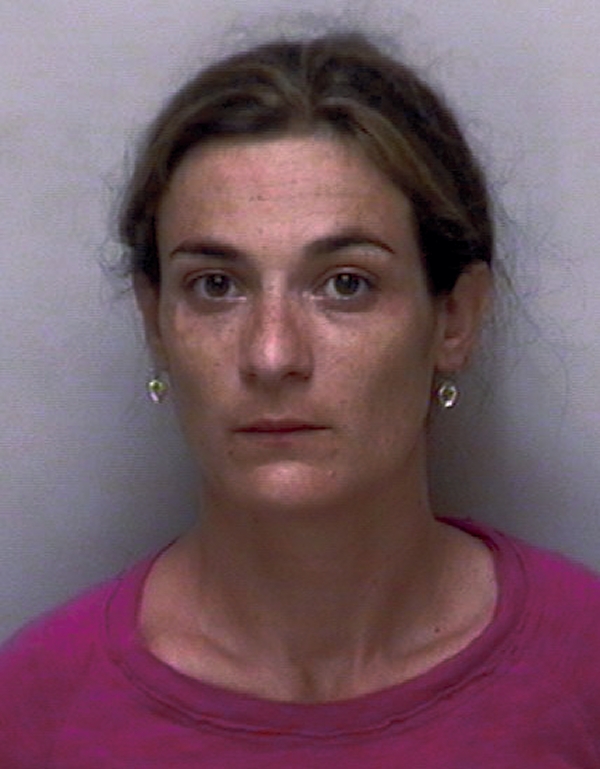 Police stopped a Woodleaf woman on two occasions and found her with a number of cans of duster spray. She was charged with inhaling toxic fumes after being disoriented in a car.

Meghan Lofgrin Salter, 30, of the 9700 block of Cool Springs Road, was issued a citation on April 4 and again on Thursday for possession of drug paraphernalia and inhaling toxic fumes.

In the first incident, Salisbury Police were called to an area at the corner of West Franklin and North Church streets to assist Rowan EMS with a female who had been parked partially in the roadway. The vehicle was still running and the driver was slumped over the wheel, a report said.

EMS personnel knocked on the window and tried to wake the woman, later identified as Salter. She pulled the car into the nearby parking lot. An officer spoke with Salter and searched the vehicle.

The officer asked if she had any other substances in the car and she said she had a smoking pipe she used for marijuana.

She was driving with a suspended license and in a rental car that had been rented under another name. An officer asked her why she was huffing and she said she was upset over the death of her fiance’s father.

On Thursday around 8:30 a.m. a woman traveling on Newsome Road near East Council called police about a possible intoxicated driver. The woman came upon a vehicle driven by Salter that was parked partially on the roadway. When the witness saw Salter inside the vehicle, Salter was staring straight ahead. The witness drove around and asked if Salter was alright. She said Salter responded that she was fine.

The witness continued to follow Salter, who then began to drive off, slowly. She almost caused a collision at Council Street and Newsome Road when she pulled into the path of a truck. She also took an extended pause at a stop sign, the witness told police.

She eventually turned into a parking lot at 205 Newsome Road, at Oakland Heights Baptist Church, where police conducted a field sobriety test. She performed satisfactorily on the test, but police found a 5-gallon bucket in her back seat filled with empty duster spray cans.

Salter admitted to huffing, a report said. She was charged with driving while license revoked, an inhaling toxic fumes.

Salter, also known as Meghan Lofgren Piwoski, was convicted in 2012 of misdemeanor possession of marijuana and misdemeanor shoplifting in 2011.