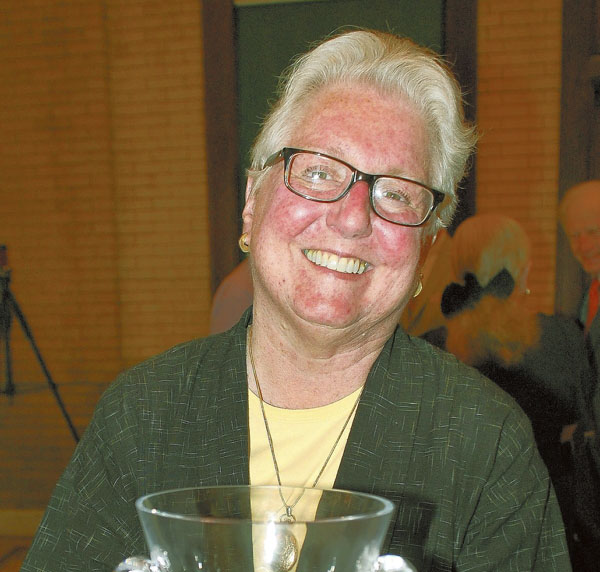 SALISBURY — Once, preservation here and elsewhere in the country was a new idea about saving old places.

That sentiment was imbedded in the message brought to Historic Salisbury Foundation members Thursday night by Ed Clement, Salisbury’s best-known preservationist and the driving force behind the foundation’s founding in 1972

Some 40 years ago, the foundation set up its revolving fund to save endangered properties, and since then, it has been successful in preserving roughly 100 residential and commercial properties in Salisbury and Rowan County.

“The impact of this has been dramatic,” Clement said.

He recalled an old advertising slogan once employed by the Hoover Co. for its vacuum cleaners that said, “It beats, as it sweeps, as it cleans.”

The same kind of thing could be said for the foundation’s revolving fund, Clement said.

“It protects, as it saves, as it revitalizes,” Clement said.

At its 42nd annual meeting Thursday night, the foundation presented the Clement Cup, named for Ed Clement, to longtime volunteer Barbara Upright. The Clement Cup is the foundation’s most prestigious award and recognizes those who have gone above and beyond in their contributions to local preservation.

Upright first became involved with the foundation 25 years ago as a student in the docent training course for the Hall House. She eventually became an organizer and teacher for the docent program.

Every Christmas Eve, she and her family lead candlelight tours of the Hall House, and she has contributed greatly to the research and knowledge of the museum house’s plants, its slave kitchen and the vast inventory of furniture and other items.

Upright is a past Hall House Guild president.

“She is fearless in her approach and tenacious in her research,” said Brian Davis, executive director of Historic Salisbury Foundation.

HSF board members and staff held a strategic planning session in November that set out goals for the next three years. The foundation sponsored or cosponsored several classes and lectures, a second Sacred Places tour, Hall House Life and Death Tours, OctoberTour, an Antique Road Extravaganza and the Bootleggers Ball.

The foundation started a “Family Connections” project related to locating ancestors of prisoners and guards of the Salisbury Confederate Prison.

It was able to make important copies for the foundation archives of photos and slides from the William Kizziah Collection, featuring glimpses of downtown Salisbury from the 1950s.

The foundation opened an architecture salvage warehouse in the former Ice Plant. It lobbied for the reinstatement of historic tax credits and was host for a Feb. 9 visit to Salisbury by Gov. Pat McCrory.

Those properties generally reflect the foundation’s emphasis on revitalizing the Chestnut Hill and North Main Street areas. The foundation has been working on a National Register of Historic Places nomination for Chestnut Hill.

Davis said the foundation currently is in negotiations with St. John’s Lutheran Church in trying to save the 1870s Marsh-Ward House at 125 N. Fulton St. and with Livingstone College on the 1890 John Dancy House at 814 W. Monroe St.

Demolition permits have been taken out on both properties.

Davis noted the “amazing transformation” of the Fulton-Mock-Blackmer House over the past year, thanks to contractor Al Wilson and the house’s new owners, Glenn and Beth Dixon.

The foundation worked publicly and behind the scenes for 30 years to make sure the house was saved, and it will be featured on the 2015 edition of OctoberTour.

Davis said the foundation has seen a 25 percent increase in membership over the past year and has 870 new followers on Facebook.

Earlier this year, Hall House docents were treated to a field trip to the Rosedale Plantation in Charlotte. The Hall House was one of the backdrops to a photo shoot of Carolina Bride Magazine, which will be coming out soon.

Coming up this summer will be a “History on Tap” program series, offering tours into places such as the Empire Hotel.

Preservation North Carolina will have a three-day annual conference in Salisbury, Sept. 16-18. Davis said some 400-plus people will be coming into the city for that conference.

In other matters, the foundation  welcomed Cheryl Correll and Mary Walker as new members of the board of trustees. They will join Doug Black, Nancy Clement, Randy Reamer and Susan Sides as members of the board whose term expires in 2018. Leaving the board are Leah Campion and Pam Hylton Coffield.

Treasurer Diane Dillon Hooper reported the foundation has $3.9 million in assets, of which $3.8 million is in properties.