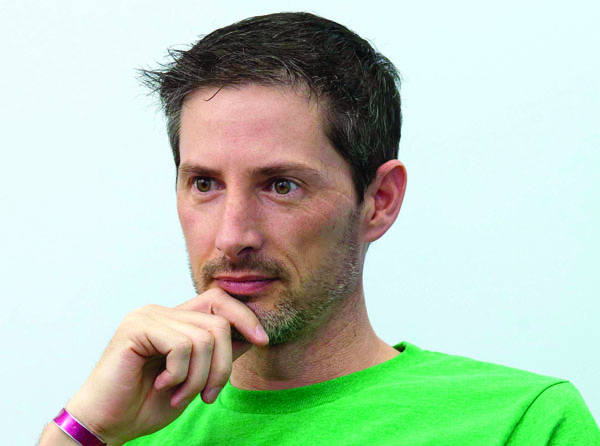 John Cannon has had nearly 26 years to come to terms with the abuse he endured by Ralph Wager, the man who was at one time a father-figure to him, but can’t escape the anger he feels when he reflects on the aftermath.

A molestation trial against Wager, a former Catawba College coach, was expected to get underway today. In a surprising turn of events, Wager, 71, changed his plea to guilty. He was sentenced to life in prison on Tuesday, prior to the start of the trial, which was scheduled to last about two weeks.

No plea had been offered by the Rowan District Attorney’s Office. Instead of proceeding with a jury trial, Wager pleaded guilty. The maximum prison time Wager could’ve received was three life sentences plus 90 years.

Wager was accused by not only Cannon, but four other men who said Wager touched them inappropriately when they were young. The Post does not typically name victims of sex offenses, but Cannon gave the Post permission.

The self-professed easy going guy may have become at peace with his painful past, but Cannon, now 39, is still angry about the circumstances that led to it.

Cannon said he places fault with Catawba College because officials there knew about the abuse in the 1980s and 1990s and “swept it under the rug.”

He understands the current administration had nothing to do with the decisions of past administrators, but as an institution, he holds the college responsible for knowingly allowing Wager to continue on at the college, even after they knew of reported abuse.

The allegations came to light when one accuser, whom the Post is identifying by his initials, M.H., searched online and discovered Wager was still coaching in a youth soccer league in Charlotte. He contacted the Rowan County Sheriff’s Office. He told investigators the abuse occurred in 1987, stopped, and then continued in 1989 when his father, unaware of the abuse, re-introduced Wager back into his life.

Cannon was discovered following an internal Catawba College investigation. He recounted similar instances of abuse and said he was molested in June and July 1990.

Cannon says now he thought the matter had been resolved years ago until he received a phone call in 2012 from Rowan Detective Sarah Benfield.

Cannon’s mother, Kathy, was a single mother and worked at the Catawba College bookstore. Wager appeared to be a supportive male role model for her son, she later said. However, when she found out Wager had abused her son, Kathy went to Rowan authorities and later notified Catawba College officials.

Kathy has said she was dismissed by the Rowan County Sheriff’s Office.

Cannon recalled his mother being told “it was his word against Wager’s word.” He also remembered playing in the park while his mother met with Catawba College officials.

He said after the meeting he and his mother believed the college took care of the matter.

Court statements read Tuesday showed then Athletic Director Dennis Haglan wrote a letter to then college President Stephen Wurster, explaining the circumstances. Wager was allowed to resign and the college, according to the letter, did not want to ruin Wager’s reputation or that of the college.

“It needs to be known that what didn’t happen should’ve happened,” Cannon said.

He feels as though Catawba College was simply negligent. He said if Catawba had taken action when they were made aware of the first victim, his abuse may have been prevented.

“It wasn’t worth some child losing his innocence because you wanted to get more money or put them in the hall of fame,” Cannon said.

In 2008, Wager was inducted into the college’s Sports Hall of Fame.

Cannon said the only thing worse that inducting Wager into the hall of fame would have been to invite him to the ceremony.

Catawba officials have initiated the removal of Ralph Wager from the hall of fame. Mention of Wager’s induction during a 2008 ceremony has been removed from the college’s website.

Tuesday morning, the attorneys and Judge Erwin Spainhour watched a video and audio recording created by victim, M.H., and Rowan County Sheriff’s investigators. In the audio and video, M.H. visited Wager at his home prior to his July 2012 arrest. He said in the video that he wanted Wager to know how the sexual abuse affected his life.

Cannon, a married father of two said he loves his wife and children, but he doesn’t feel a sense of intimacy with his family. He just doesn’t feel that he can get close to people. Cannon said he also has a severe problem with authority, although he’s not completely sure it stems from the abuse he endured as a 13-year-old.

He recalled a time at age 16 where he’d just had enough. He hopped in the car and took off. He was gone three to four days. He said he just needed to check out for a bit.

As a child, his grades suffered tremendously and as he got older, personal relationships with girlfriends and his family suffered as well.

He has discussed his past with his children — his oldest is 21 and his youngest is 13. He said his youngest son doesn’t know too many details, but one day he expects he’d want to know more.

“It’s awkward, but it needs to be done,” Cannon said.

He also believes that just because five men came forward that there are others out there who were molested by Wager. He hopes others do come forward.

Cannon said the main reason he decided to speak out was to help someone else who may have or is currently enduring the same type of abuse.