Tradition, faith and family prevail through 133 years at Sacred Heart 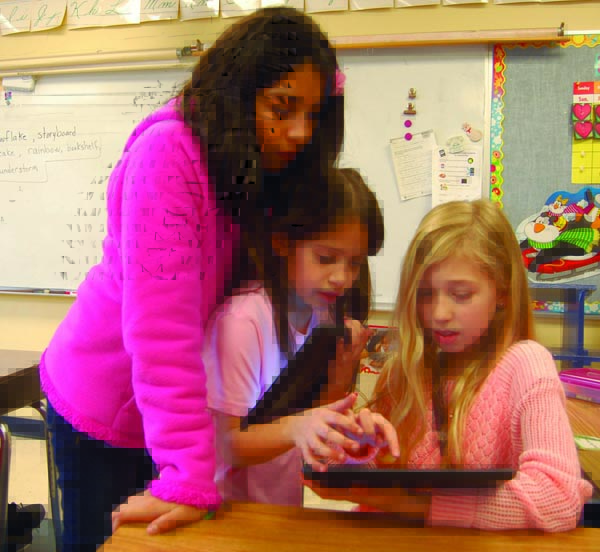 Sacred Heart Catholic School is a very different place today than it was more than 50 years ago when Michael Thompson first enrolled at the school, but the essentials are the same.

Faith is the cornerstone Sacred Heart Catholic School is built upon, a foundation that has held fast for the last 133 years.

“That (faith) has carried through throughout the years,” said Thompson, now better known around the school as Mr. T.

Thompson said Sacred Heart is more than a school – it’s a family.

He attended Sacred Heart for seven years as a child, and returned later as a teacher. Thirty years later, he’s still teaching.

“I’m now teaching people whose parents I taught,” he said.

Things have changed a lot over the years.

“When I was originally here, there were two grades in every room,” Thompson said, adding that there were only 12 students in his classroom his last year at Sacred Heart.

“The classes are a lot larger now then they were then,” he said.

The role of nuns has changed drastically as well.

When Thompson was a student, the Sisters of Mercy ran the school and served as teachers and administrators.

Now, the school only employs one nun, and its administrative staff and teachers are lay people.

Thompson said curriculum has changed over the years.

“Technology has changed the way you present the material,” he said, adding that there’s a greater emphasis on catering to “diverse learners.”

“Religion classes have changed a lot,” he said.

As a student, Thompson’s religion courses focused on question-and-answer memorization.

“I found it kind of boring,” he said, but added that he found that he really remembered the material years down the road.

Now he uses a number of interactive activities to drive home the point of his lessons.

Thompson’s also seen the school physically grow throughout the years.

“I’ve been at all three buildings,” he said.

When Sacred Heart was founded, the students met in the rectory.

Five years later, the first official school building opened in 1882 on the corner of Council and Ellis streets in downtown Salisbury.

“It looked like a house,” said Robin Fisher, the school’s marketing coordinator, as she pored over a scrapbook of photos of the school over the years.

There were 12 students at that time, and the Sisters of Mercy lived upstairs, while the school and cafeteria were downstairs.

Eventually, the school grew so much that the convent was built and the nuns moved there.

In 2009, the school moved to its new property located off Jake Alexander Boulevard, situated on 100 acres of land owned by the diocese. The property also contains the church and a retirement center.

Thompson said things are more spread out on the new campus.

“I feel more separated now than I did in the old building,” he said, adding that he seldom sees elementary teachers.

“We all were really close together,” he said. “I’ve always felt like this was a family atmosphere.”

Traditions like morning assembly and Friday Mass help, though, he said. “Friday Mass is something we’ve always done.”

“The strong academic standards and the spiritual emphasis stayed the same,” she said.

“There’s such tradition,” Fisher said, adding that students don’t fall through the cracks.