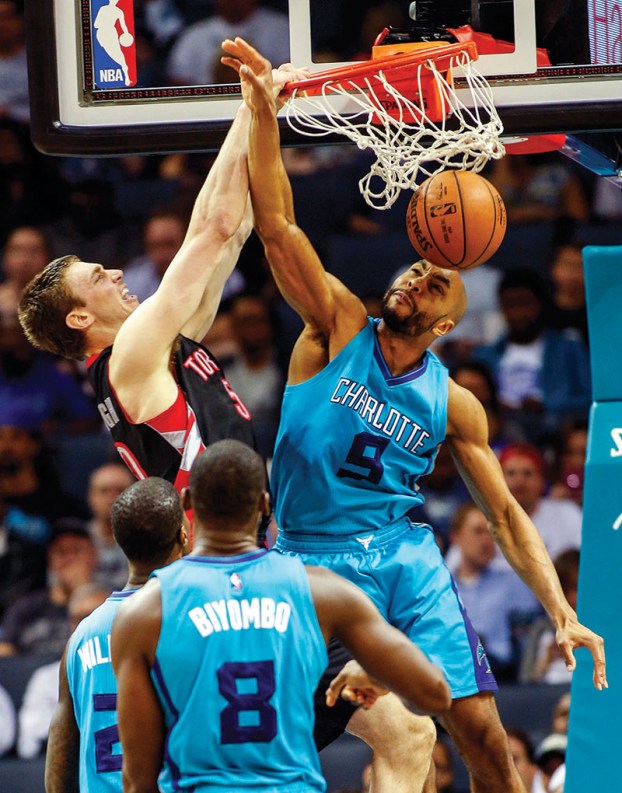 CHARLOTTE, N.C. (AP) — The Toronto Raptors were determined to beat the Charlotte Hornets for the first time in seven games Wednesday night.

Taking control midway through the second quarter, the Raptors led by as many as 29 points and rolled to a 92-74 victory that likely quashed the Hornets’ slim playoff hopes.

“For some reason, we’ve always had bad luck against this team, especially playing here (in Charlotte),” DeRozan said. “But it felt good to get a win against this team at a critical time for us.”

Kemba Walker had 15 points for Charlotte. The Hornets are 11th in the Eastern Conference, three games out of the playoffs.

The Raptors took the lead for good at 15-13 on Hansbrough’s two free throws with 4:31 left in the first quarter. Lou Williams made a 3-pointer early in the second quarter to stretch the lead to double digits for the first time, and it was 47-31 at the half.

Toronto led by 28 in the third quarter took a 69-45 advantage into the fourth.

The Hornets made just 17 of 60 field-goal attempts through the first three quarters for 28 percent, including 3 of 13 from 3-point range. During that span, the Raptors were 24 of 61 from the field and 10 of 23 on 3s, with DeRozan and Lou Williams hitting three each.

“It was an all-around game against a depleted team,” Casey said.

“It’s a good ‘W,’ but they had a lot of their guys out. We’ve got to keep that same focus. Consistency is what we’ve been building for. It’s one game, so let’s do it again.”

MLB: Braves break out the brooms

MIAMI (AP) — The way the Atlanta Braves are pitching, one big swing from their backup catcher was enough to... read more