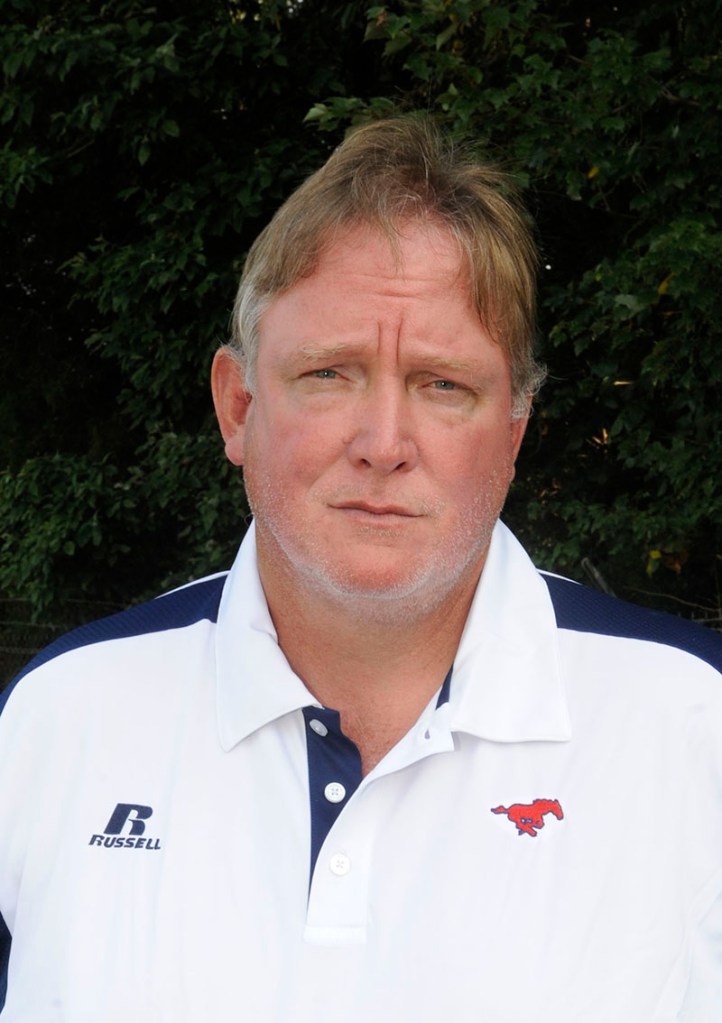 East Rowan's Barry Justus is the first recipient of the Ralph Shatterly Award. Justus was selected by the county's wrestling coaches as the coach of the year for 2014-15.

SALISBURY — East Rowan’s Barry Justus is the first recipient of the Ralph Shatterly Award as the county’s best wrestling coach as selected by the coaches.

The Ralph Shatterly Award will be given annually in honor of Shatterly, a head wrestling coach for 32 years, and his career that included successful teams at North Rowan and West Rowan. Shatterly coached the Cavaliers for 22 years, then made the move to Mount Ulla to coach his sons. He coached the Falcons for 10 seasons.

A Rowan County Hall of Famer, Shatterly was an outstanding athletic director, coached track champions and assisted on great football teams, but wrestling is the sport he’s identified with most.

“This award is very much of an honor,” Justus said. “It means a lot, and it means even more because of Ralph Shatterly and what he did for Rowan County wrestling.”

Justus has carved out an impressive wrestling record of his own at East Rowan. His career record, including this season’s 20-4 mark, is 376-169-2.

East Rowan was the SPC champion (tying for first and beating Carson head-to-head) and made a dual-team playoff run to the 3A Western final. Perennial power Newton Fred T. Foard finally stopped the Mustangs, taking eight of the nine matches that went the distance.

The first season for Justus at East Rowan was 1989-90.  Since then, he’s been the Mustangs’  head coach except for one season. That was the 2003-04 school year when he “retired” and coached Erwin Middle School.

“I was wrestling for coach Justus when I was 12,” Salisbury head coach Tim Pittman said. “He teaches a lot of being-a-good-man lessons as well as wrestling lessons. A lot of the things I learned from him impact my own program now.”

In his time at East Rowan, Justus has coached eight state champions, 12 state runners-up and 38 state placers (top six). He keeps his formula for winning simple — hard work, intensity and what he calls a serious “distaste for losing.”

“We always say it’s the toughest six-team tournament around,” Pittman said. “This was another strong year for the county. A lot of us took a bunch of kids to state.”

Pittman jokes that Justus says every year will be his last.

“But he keeps coming back,” Pittman said. “He loves the sport and pours everything he’s got into it. He’s still got a work ethic that is second to none.”

The Mustangs are losing some stellar wrestlers, but Justus is certain to get the most out of what he has.