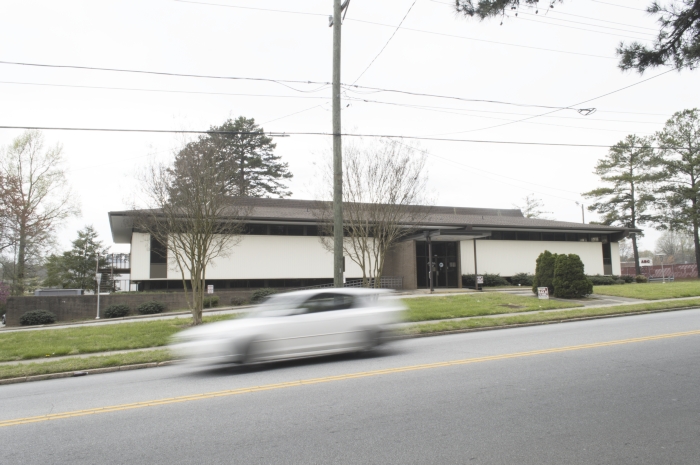 Josh Bergeron / Salisbury Post - A car zooms past a county-owned building that formerly housed a division of the Department of Social Services. The county is looking to sell the Mahaley building along with one on West Innes Street.

As Rowan County officials search for a solution to a growing space needs problem, the future of two buildings vacated by Social Services remains undecided.

Rowan County on Tuesday received two proposals from realty companies — Locus Real Estate in Concord and R. Giles Moss Auction and Real Estate in Rockwell — seeking to market and sell county-owned property. Locus proposed a commission of 6 percent for any sale. R. Giles Moss proposed a 5 percent commission for any sale over $75,000 and 6 percent for a sale under $75,000.

On multiple occasions, however, county commissioners have proposed selling a building on Mahaley Avenue — the former home of Social Services Children’s Division — and one off of West Innes Street — the previous home of Social Services’ Welfare Department. The buildings during a January 20 commissioners meeting were mentioned as properties that could be sold as a part of a real estate agreement.

Both buildings currently sit vacant, with signs in front that say “for sale by owner.” County logos and plaques still mark the front of the buildings. The majority of both buildings are also empty.

During the Jan 20 meeting, Commissioner Craig Pierce said he wanted to liquidate the two properties before either started to deteriorate.

The properties could, however, become future county facilities, according to Board of Commissioners Chairman Greg Edds. Architects evaluating the county’s space needs toured both buildings as part of a master plan that’s scheduled to be presented to commissioners on April 16, Edds said.

“Of course the master plan isn’t just for the West End Plaza,” Edds said. “It’s for all of the needed space. They’ll take into account every county building we have.”

He has repeatedly said county commissioners should wait until they have a master plan for county facilities before making any decisions.

“I think once we have a master plan, everything falls into place,” Edds said. “We’ll know what facilities are part of those plans and which ones aren’t.”

If the county’s contracted architects suggest a sale, it would be the latest in recent attempts to find a use for the county-owned buildings.

The West Innes Street building, built in the 1960s, has also been offered to a branch of the county. Multiple times in recent years, commissioners and school board members have debated the idea of turning the West Innes building into a school central office.

Commissioner Mike Caskey, who served on the Rowan-Salisbury School Board during parts of the discussion, said the building wasn’t functional for a central office. It would’ve also needed a new heating, ventilation and air conditioning system, Caskey said. Asbestos in the Innes Street building was also a concern, he said.

He said neither would be needed as the county prepares to finalize space for its county departments.

“When the master plan comes out, everyone will see they are probably not needed,” Caskey said about both buildings.

County Assessor Kelvin Byrd said assessed values for pieces of property are intended to match up with a sale price. For exempt or government buildings, Byrd said, less scrutiny is placed on making sure the assessed value is identical to the market price.

“They’re not really a marketed item on a day-to-day basis,” he said.