Walter Kirk: once a Dodger, always a Dodger 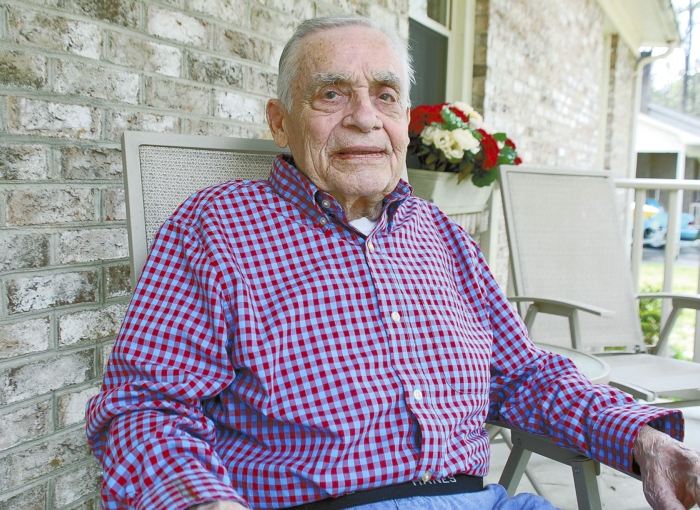 SALISBURY — Dr. Walter H. Kirk Jr. isn’t one to brag. On the baseball diamond, he was a good infielder with an average arm, and he showed signs of power on occasion.

Playing for the Pulaski (Va.) Counts in 1949, Kirk once belted a home run measured at 465 feet, but he was more of guy who hit for average, and his minor league numbers attest to that.

Kirk doesn’t dwell on his playing days much, other than to mention he was pictured on the cover of the April 5, 1948, edition of Life magazine with a swarm of other Brooklyn Dodger rookies during spring training in Vero Beach, Fla.

He also might speak about getting a single up the middle in a 1949 spring exhibition game against hurler Tommy Lasorda, the man who much later would become the charismatic manager of the Los Angles Dodgers.

But it’s spring, and Monday was Opening Day for most major league teams — a fact not lost on Kirk, who says his allegiances, even now that he’s 87 years old, are still with the Dodgers. In his time, he adds, the Branch Rickey-led Dodgers were a class organization.

Kirk will tell you his professional baseball playing days started coming to a close when he found Christ and was saved Dec. 1, 1949. From that time on, he dedicated himself to ministry — as an evangelist, pastor and teacher.

The “Dr.” in his title comes from a honorary doctorate awarded to him by Bob Jones University in 1991. Kirk has been a member of the school’s board since 1959.

By the time he was 28, Kirk already had his master’s in theology and was or had been a Marine, college baseball player, professional baseball player, college graduate (two bachelor’s degrees), an athletic director, a physical education instructor, husband and father.

He was just getting started.

Through almost 63 years of his life’s journey, Kirk’s soulmate has been his wife, Virginia, whom he married in Washington, D.C., in 1952.

But back to baseball. Kirk says he knew he wanted to be a baseball player from the age of 5. He was born in Salisbury. His mother was from Granite Quarry; his father, from Faith. His ancestry on his mother’s side goes back to Michael Braun, the merchant who owned the 18th century stone house in Granite Quarry.

In Salisbury, Walter Kirk Sr. worked for his brother, A.B.C. Kirk, who had a taxi stand near the depot. But because of the Depression, Walter Sr. moved his family to Washington, D.C., where he could find better work.

When the move came, Walter Jr. was only 5, and he lived within a mile of Griffith Stadium, home for the Washington Senators. Kirk became a Senators fan and says he already knew then he wanted to be a professional ballplayer.

As a boy, Kirk played baseball on the sandlots and in Boys’ Club leagues, often in the Ellipse where four ballfields adjoined the White House lawn.

Sometimes foul balls would fly into the yard at the White House, and the kids would have to ask guards to retrieve them.

Kirk went on to letter in football, basketball and baseball, but baseball was his sport. In 1944, his American Legion team won the Washington area championship and qualified for regional playoffs, which that year were supposed to be held in Albemarle — one county over from Kirk’s native Salisbury.

Because of a restriction on travel during World War II, the Washington team went to playoffs in Delaware instead, so there was no homecoming for Kirk, much to the disappointment of his uncle. A.B.C. Kirk had gotten the Salisbury Post to do a story about Kirk’s coming home for the baseball tournament.

“Husky, with plenty of batting power in his shoulders, he has starred at shortstop all season,” the Post story said of the young Kirk.

In high school in Washington, Kirk played for Eastern, which won the city championship in 1945 with Kirk at shortstop. By then, baseball scouts were looking at Kirk, but after  high school graduation and some more Legion baseball, Kirk enlisted in the Marines in the summer of 1945.

He went through basic training at Parris island, then was shipped to Camp Lejeune, where he led the camp’s baseball team in hitting. After 13 months, the U.S. Marine Corps gave Kirk a choice of  signing up for four years, or getting out.

Baseball seemed to be a better option.

Though he had a contract offer from his hometown Senators, Kirk signed on instead with the Boston Red Sox. That fall, the Red Sox, in a working arrangement with the University of North Carolina, enrolled Kirk at the Chapel Hill school. Kirk majored in physical education and played as a freshman for UNC in 1947.

He would become a professional that summer by playing Class D ball in Milford, Del. The Dodgers picked up his contract over the offseason, while Kirk continued his schooling at UNC.

By 1948, Kirk reported with hundreds of other “rookies” to the Brooklyn Dodgers’ new spring training facility in Vero Beach. In camp, he caught glimpses of Jackie Robinson from a distance while they were in the social parlor.

Only a year earlier, Robinson had broken the color barrier in the majors. Otherwise, Kirk remembers all the squad games in spring training; the constant drills on skills such as bunting, sliding, fielding, hitting and running; and the morning calisthenics.

At first, the Dodgers sent him to Valdosta in the Class D Georgia-Florida League, then he was assigned to the Hazard team in Kentucky. In 21 games for Valdosta, he hit .333, and in 99 games for the Hazard Bombers of the Mountain States League, Kirk put up a .313 average with three triples, four homers and 17 doubles.

To be closer to his Washington home in the offseason, Kirk transferred to the University of Maryland as a junior and graduated with a degree in physical education in 1951.

In the 1949 baseball season, the Dodgers sent him to Valdosta again, before moving him soon to Pulaski in the Appalachian League. Kirk had another solid season and belted eight homers for Pulaski.

But Kirk found the minors to be a grind. After a good signing bonus for the day of $1,500. Kirk earned just $150 a month as a D ballplayer. There were lots of long rides on buses, dimly lit ballfields and cheap hotels.

But the minor league games attracted big crowds, even in places such as Hazard, Pulaski and Valdosta.

“It was the biggest thing in town,” Kirk says. “They read about the big leagues, but all they would get to see was the minor leagues.”

Virginia reminds Walter about the time his team’s bus overturned near Knoxville, Tenn. No one was seriously hurt. There also was a time when the Hazard players  had to protect an umpire, whose calls had outraged the fans and put his life in peril.

During his Christmas break from the University of Maryland after the 1949 season, Kirk turned himself over to Christ and gave his first testimony in a pool hall that he often had frequented in high school.

One more professional season would come. Kirk played briefly for the Lancaster (Pa.) Red Roses and Geneva in New York,, but he knew deep down his professional career was winding down and his spiritual career taking over.

“I became a Christian,” Kirk says. “My life took a different direction.”

Kirk met Virginia at his church in Washington in August 1951, and the couple married about a year later when they moved to Greenville, S.C. Kirk attended Bob Jones University and received his Bible degree in 1952,

Working as a graduate assistant allowed Kirk to pursue his master’s degree, which he earned in 1954. He also served as director of athletics for Bob Jones Academy.

Kirk’s last days of playing baseball came in Greenville when he played for one of the mills in a semi-pro textile league. “We had a good team,” he says.

By 1954, the Kirks returned to the Washington area, where Walter became a teacher and coach in the Alexandria, Va., public school system. He also became pastor of Wheaton Baptist Church in Wheaton, Md., where one of the men he introduced to the Lord was Albie Pearson, the Washington Senators’ 1958 American League Rookie of the Year.

Kirk’s public school teaching career lasted until 1963 and included a stint as head football coach from 1960-62 at Calvin Coolidge High. He then dived into Christian evangelism and ministry full-time.

Kirk stationed himself at Bible Baptist Church in Jacksonville, N.C., from 1963-67, during the height of the Vietnam War. He remembers an 18-year-old Marine just back from Vietnam coming to him because the Marine’s conscience could not live with his having killed 19 enemy soldiers.

“So that was part of the ministry,” Kirk says of Jacksonville.

The Kirks moved to Salisbury in 2004, and Virginia says the Lord guided both of them to that fateful and faithful decision. It wasn’t long before Walter was going door to door and finding members for his new Trinity Baptist Church.

He had moved here with every intention of filling in where needed as a supply pastor, but the Lord just changed his heart and mind, Virginia says.

Today, Parkinson’s disease has slowed Walter Kirk’s legs. He manages fine, but needs the help of a walker. He is recovering from a badly broken arm in January, which landed him in the hospital for 11 days, followed by a rehabilitation period in a local nursing home.

Now he’s back home, trying to “declutter” his house, he says, by giving away many of the old newspaper articles and photographs from his baseball playing days.

Virginia says her husband’s rallying cry has always been “Make it happen.”

Looking back on his playing days, Kirk thinks the competition made him stronger, taught him team play and prepared him for his life ahead.

Trinity Baptist Church, which met in the Woodmen of the World building on Klumac Road, has closed because of Kirk’s health issues in recent years. For Sunday church, the Kirks listen every other week to the Bible Broadcasting Network. On the other Sundays, they are visited by John and Barbara Hopkins, old friends from Pineville.

Those four have a complete church service in the Kirk’s living room.

“Counting the Lord, it’s five,” Virginia says of those in attendance.