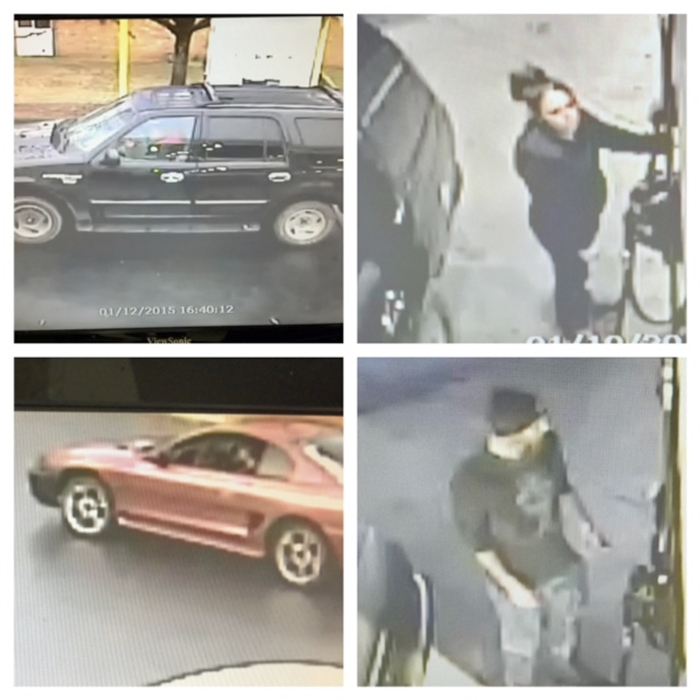 The Rowan County Sheriff's Office is seeking these two suspects, one with a black Ford Explorer and one with a red Mustang in the use of a stolen gas card at Wilco Hess in Salisbury and Kannapolis.

The Rowan County Sheriff’s Office is conducting an investigation involving the fraudulent use of a gas credit card.

The pictures are of the two suspect vehicles, a black Ford Expedition and a red Mustang with a black hood, and the two suspects, a white male and white female.

Rowan weather: Chance of storms the rest of the…