New Salisbury restaurant is a bit of Cuba, Miami 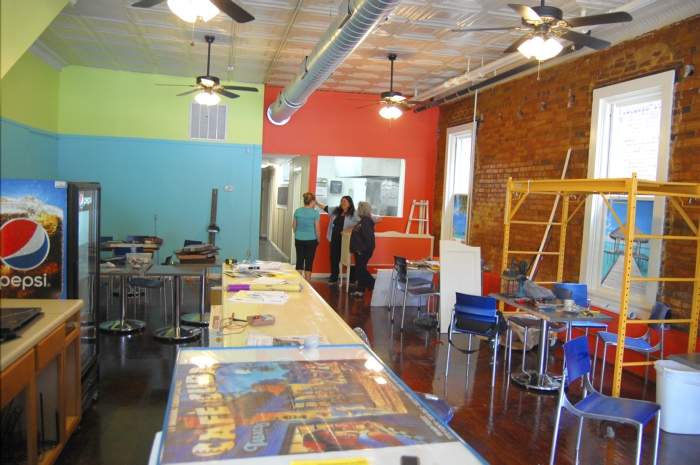 The space left vacant by Sweet Meadow Cafe’s move to Main Street is being filled with a taste of Cuba.

Maracas’ will feature Miami-Cuban style cuisine for breakfast, lunch and dinner. Jacome grew up in Miami after leaving Cuba when she was 10. Trujillo is originally from Honduras. The couple and their three children moved from Miami to Rowan about four years ago.

The cafe will seat 30-40 people and Jacome said they want to have a soft opening April 20. Cuban food, Miami style, is how she described the menu. She cooks and Frank bakes.

Baked goods, chicken, pork, sandwiches and seafood along with vegetarian options are some of the items on the menu. There will also be a coffee bar and espressos and lattes will be served. No alcohol will be served as of now, but wine and craft beer could be available in the future.

Jacome said she wants to have smoothies and use locally grown foods as much as possible.

The cafe’s walls are painted with bright colors and will be decorated with pictures and posters of the Miami skyline, the ocean and Cuba. Retro and tropical is how Jacome described the atmosphere.

Cubakfe opened in March of last year but closed in October. Jacome said the location wasn’t working out and the family needed a break. In December, Jacome stopped in at Sweet Meadow Cafe before it closed to move to the new location in the Bernhardt Building, and a waitress told her the building was for sale.

After meeting and cooking dinner for the building’s owner, Fred Pizzardi, it was agreed that the family would lease the space for the restaurant.

Maracas’ was chosen as the name because the family loves music, Jacome said, adding they will be putting Caribbean instruments in the cafe. Maracas, a percussion instrument, are shaken to produce sound.

“I want people to have a feel for our musical culture,” she said.

Downtown Salisbury has a proven record of successful restaurants, Jacome said about why they chose the location. Trujillo said he is excited to open and hopes to grow like other restaurants downtown.

She said they wanted to bring something new to downtown while also keeping with the tradition of the area and that they will probably make adjustments to how the restaurant operates based on what customers want.

The family put everything they had into the Granite Quarry cafe. Jacome said they’ve had tremendous help from their friends Brian and Karren Campbell. The Campbells let Jacome and her family, who moved out of their Granite Quarry home to save money when starting Cubakfe, rent their son’s vacant home in Faith.

At Maracas’, the goal is to have great food and great service, she said. “I really hope that when we open people will give it a chance.”

Maracas’ will look to have the same success as another Cuban restaurant, Mambo Grill and Tapas on South Fulton Street.

As of now, the restaurant’s hours will be Monday through Saturday from 8:30 a.m. to 3 p.m. Dinner will be served Friday and Saturday from 5 p.m. to 9 p.m.