Former Catawba coach gets life in prison, victim speaks out 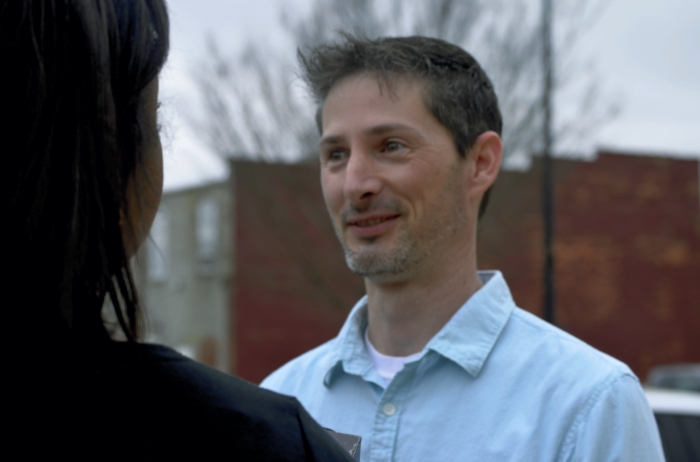 John Cannon, one of the men who accused Ralph Wager of molesting him when he was a child, speaks with media following a court proceeding where Wager accepted a guilty plea and was sentenced to life in prison. Shavonne Walker/Salisbury Post

John Cannon was 13 years old when he said he was molested by then Catawba College coach Ralph Wager. He spoke in court after a judge sentenced Wager to life in prison and to media following court.

The Post does not typically name victims of sex offenses, however Cannon gave permission for his name and face to be used. Cannon was one of five men who came forward accusing Wager, now 71, of touching them inappropriately when they were young.

Wager surprisingly changed his plea following a break in court earlier today. No plea had been offered by the Rowan District Attorneys Office. Instead of proceeding with a jury trial, Wager pleaded guilty. The court, including Judge Erwin Spainhour, Wager’s attorney, Jay White of Concord, and Assistant District Attorney Paxton Butler had been listening to an hour-long audio and partial video recording where one victim visited Wager just prior to his July 2012 arrest.

The victim, M.H., approached Rowan County authorities to tell them he’d been molested by Wager when he was 9 years old. He told investigators the abuse occurred in 1987, stopped and then continued in 1989 when his father, unaware of the abuse, re-introduced Wager back into his life.

Authorities say John Cannon is the second victim who was discovered following an internal Catawba College investigation after Wager’s arrest. Cannon spoke to Rowan County Sheriff’s detectives, detailing similar instances of abuse. He told officials he was molested between June and July 1990.

In the audio and video recording, Wager met with victim, M.H., who at one point told Wager he was there to talk about being molested as a child and how it affected him for 20-something years.

Wager told M.H. that he’d never had any sexual relationship with a man or anyone like that before. Wager could be heard on the recording saying he wanted to feel a closeness, a bond, so that the victim would want to stay close to him (Wager).

Cannon spoke in court and said he held no ill will toward Wager. He urged Wager to get help, “whatever that may be. Get help,” he said.

Interrupting him, Wager said aloud he was getting help. His attorney and a bailiff sitting close by told him to stop talking.

Wager often smiled and nodded his head in agreement as the prosecutor read statements taken from not only Cannon, but M.H. and three other victims. All of the victims received gifts and attention from Wager. In all of the instances he used the art of healing as a reason to touch the boys. The boys were athletes and some raised by single mothers.

In some incidents Wager made the boys perform sex acts on him and in other cases he touched their private parts.

The incidents came to light after M.H. searched Wager’s name online and found he was working with a youth soccer league in Charlotte.

Attorney Jay White said one of the reasons his client accepted a plea agreement was because he did not want the victims to endure a trial. He told the court there had been no other victims that he’s found since the 1990s.

“He did things that were very inappropriate,” White said.

Wager spoke to the victims saying he had no hard feelings toward any of them.

He said he had tremendous respect and love for all of them.

“I apologize for the things I’ve done,” Wager said.

He encouraged the victims to visit him in prison.

Kathy Dycus, the mother of John Cannon, said she just wished someone would have listened to her years ago. She said she reported the abuse to the Rowan County Sheriff’s Office years ago and was turned away. She holds Catawba College responsible for not taking action, especially with the knowledge of M.H., the first victim.

Butler read a letter written by then Athletic Director Dennis Haglan, who had just been appointed, to then President Dr. Stephen Wurster. The letter said Wager made a “serious error in judgment” and he was prompted to resign. Haglan wrote that if Wager did not leave it could affect his reputation and that of the college. Haglan said he told Wager to write a resignation letter and say whatever it was he needed to say, but he needed to step down.

Wager told investigators he left the college because of health reasons. He told them he was simply burned out.