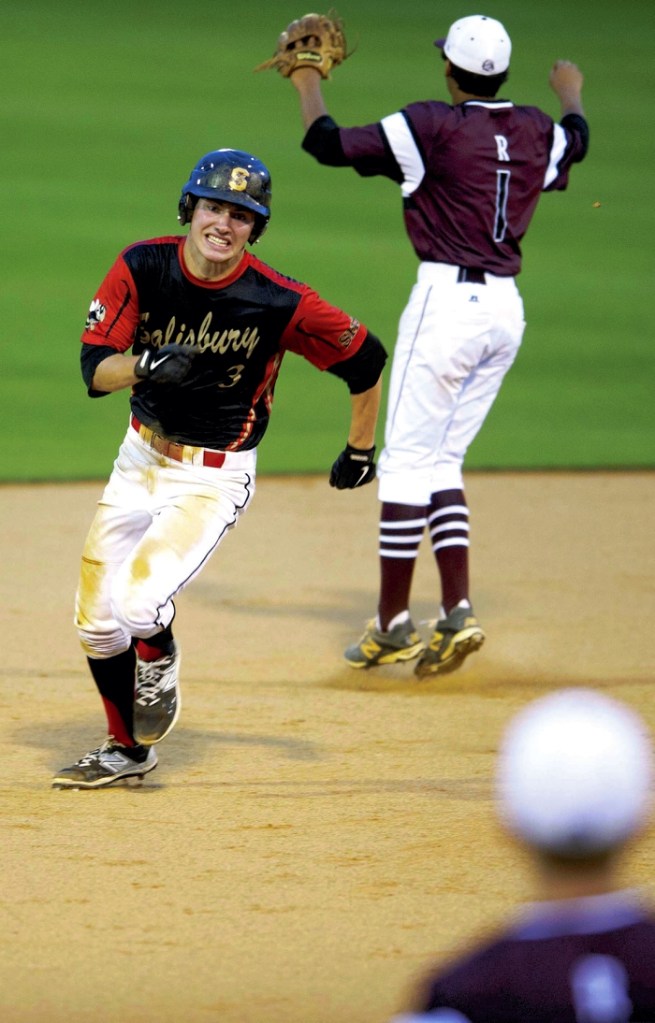 Salisbury senior Ryan Jones was spectacular in the F&M Bank Classic baseball tournament in Kannapolis and saved his best for last.

In Salisbury’s 13-5 championship game victory against Jay M. Robinson on Monday at CMC-NorthEast Stadium, Jones went 4-for-4 at the plate and drove in three runs. He also was the winning pitcher, throwing six strong innings against the Bulldogs.

Salisbury pounded the ball in the tournament. The 2A Hornets scored 33 runs in beating two 4A squads and one 3A.

Jones’ early double was one of the key hits as the Hornets opened the tournament with a 10-1 win against A.L. Brown.

In Saturday’s 10-7 semifinal win against Northwest Cabarrus, Jones had two hits and drove in three runs. He also earned a save on the  mound in relief of Harrison Smith. Jones made the key defensive play of the game by fielding a ground ball and starting a 1-6-3 double play, stopping a rally by the Trojans.