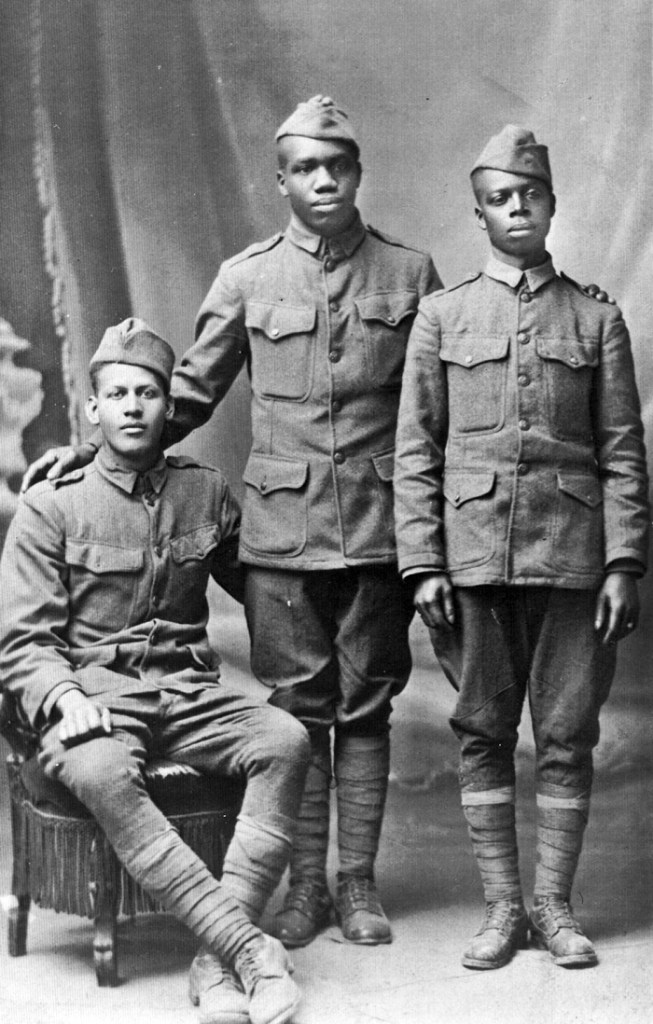 This photograph was scanned from a 1918 postcard and comes to the post courtesy of Dona Sharpe and historian Reginald Brown.It shows Privates William Henry Osborne, center, with Clether McKnight and Hough Alexander Parker. Osborne was the grandfather of Sharpe. He and Parker were in the World War I American Expeditionary Force service battalions in France until their discharge in 1919. Osborne later worked at George Rusher’s service station at the corner of South Main and West Thomas streets and at the Southern Railroad transfer shed. Parker was a Hostler Helper at Spencer Shops and a fireman for Southern Railroad. McKnight was a recruit stationed at Camp Creene in Charlotte until his discharge Dec. 10, 1918. He would go on to serve as a plumber at the city of Salisbury’s waterworks and as a stoker for Piedmont Gas.