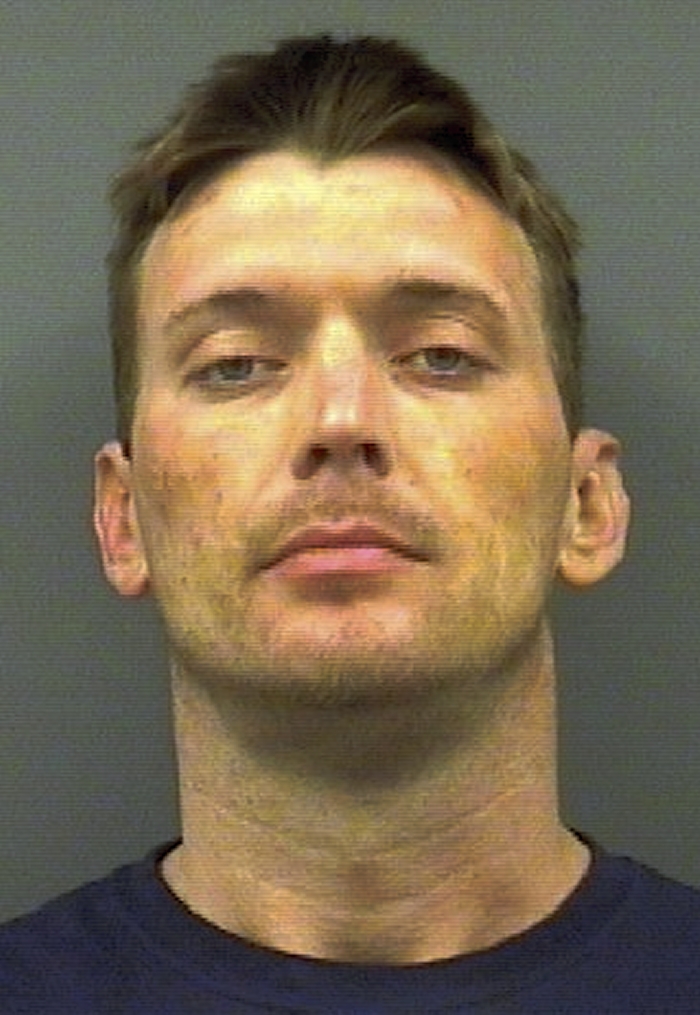 Walter Lee Earley Jr., 36, was charged on Sunday with felony assault with a deadly weapon with intent to kill, misdemeanor resist, obstruct, delay an officer and misdemeanor second-degree trespassing.

Earley is accused of assaulting a man named Jerry Lee Rhinehardt, of Concord, with a 6-inch knife on Saturday, according to an arrest warrant. A warrant also said on Sunday, Earley remained on the property of Miranda Lee Rhinehardt of China Grove.

Seven Rowan County Sheriff’s deputies, detectives and a K-9 went to the Earley home on Sunday to serve arrest warrants for incidents that occurred the day before. Two deputies and the K-9 went to the back of the home because Earley had previously run out of the back door, a report said.

The other five officers went to the front door. The two officers in the back said an interior light went out after the dog barked, so officers proceeded to knock on the front door. Earley’s Ford pickup was parked around the back of the house “hidden” beside a shed, a report said.

Officers repeatedly tried to get someone to come to the door and tried to kick in the door. A deputy also used a sledge hammer, nearly breaking the door until Earley opened it.

On March 26 deputies were at the Earley home to serve warrants on Amanda Rhinehardt Earley, the wife of Walter Lee Earley. Officers were at the couple’s home to serve an arrest warrant on Amanda Earley for failure to appear on a 2014 case regarding possession of drug paraphernalia.

Deputies knocked on the front and back doors repeatedly, but did not get an answer. The deputies heard a vacuum cleaner going and knocked louder. Officers eventually made entry through an unlocked back door. They found Walter Lee Earley on the bed, a report said, appearing to be waking up. He told the deputies he’d taken medication that put him to sleep. Officers asked if he was asleep and his wife wasn’t home, who had been vacuuming the house.

Amanda Earley was found in a bathroom hiding behind a pile of clothes. She has since been released from the county jail following that incident.

Walter Earley remains in the Rowan County Detention Center under a $252,000 secured bond.