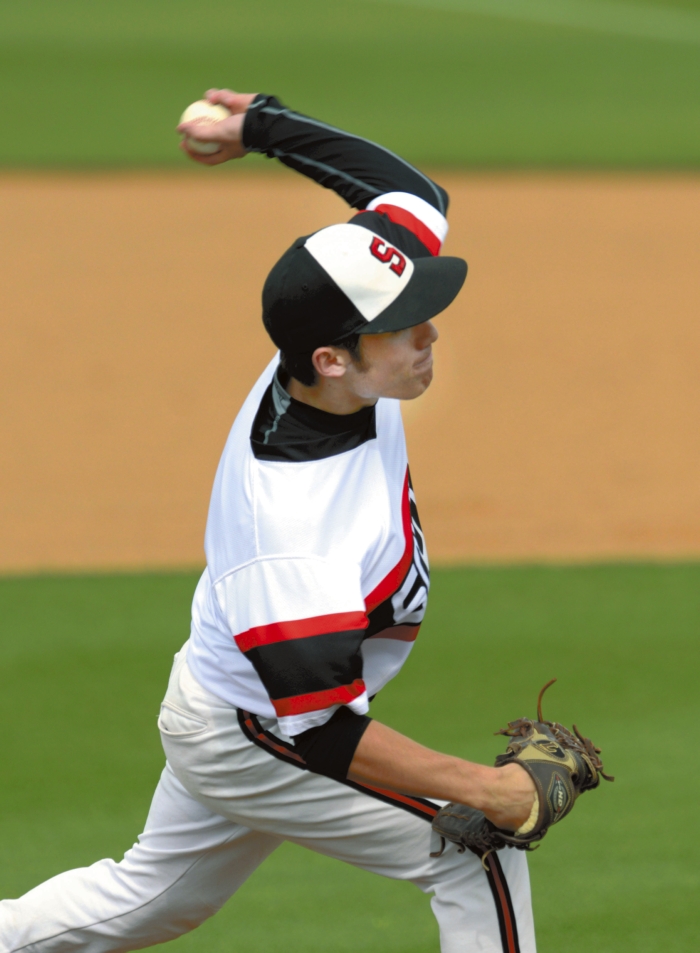 KANNAPOLIS — South Rowan was determined to prove Saturday’s error-plagued loss to Jay M. Robinson was an aberration, not the start of a trend, and the Raiders did so.

“Things went wrong Saturday, and that’s about all I can say about it,” South Rowan coach Thad Chrismon said. “But the kids responded. They played today with a purpose. They wanted to play well.”

South Rowan (11-2, 7-1)) is the leader in the competitive 3A South Piedmont Conference at the midpoint of the season, so the Raiders bouncing back wasn’t a surprise. The Raiders have a history of success in the Easter tournaments held in Kannapolis. Their record for the last four seasons is a stellar 11-1.

Sophomore lefty Dillon Norton (2-0) dominated on the mound for four innings. Austin Chrismon kept the shutout in the fifth inning to make it a 10-run-rule contest.

“We had a bad game Saturday, so it was important to us to rebound really strong,” Norton said. “I kept the fastball low and outside, and I was getting outs.”

South Rowan got on the board without a hit in the first inning against NWC starter Hunter Freeman. Burke Fulcher fouled off a string of 3-2 pitches with two men out before drawing a bases-loaded walk and a 1-0 lead.

“Two-strike at-bats are always key, especially with two outs,” Fulcher said. “I was just trying to battle until I could put the ball in play.”

Norton isn’t a big guy, but he shocked everyone by driving a triple to the right-field fence to key South Rowan’s two-run second inning.

“I got a fastball on the inner half of the plate,” Norton said. “Just a perfect pitch to hit.”

“Dillon was filling up the strike zone on the mound, and we were making the plays we normally make,” Coach Chrismon said. “Offensively, we had some pretty good at-bats.”

Johnson had two hits and three RBIs. His run-scoring single in the fifth inning drove in Dawson Larrimore with the Raiders’ 10th run.

South Rowan catcher Shaggy Wyatt put an exclamation on the victory in the bottom of the fifth frame when he hustled down the first-base line to back up an errant throw and created an unusual double play.

“You don’t see that play made often, but that’s why you back up people,” Coach Chrismon said. “When you play that hard, good things happen. If we keep playing that hard, everything will be OK.”

South Rowan plays at Northwest Cabarrus in a league game on Tuesday.