A night out at the mall 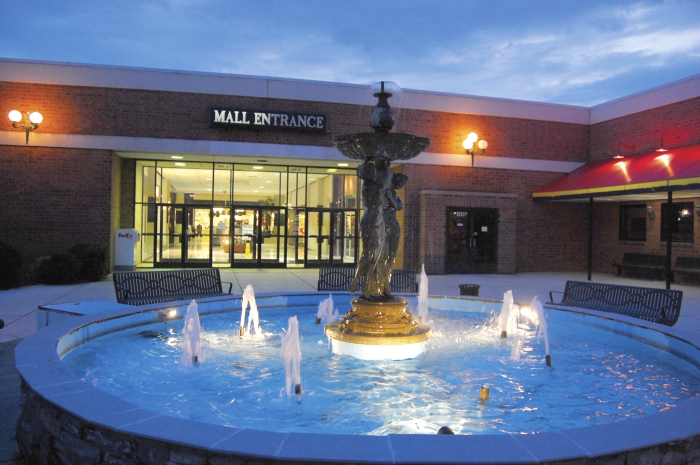 Water splashes in the fountain oustide the entrance to the Salisbury Mall. Inside, most of the storefronts are vacant but some businesses remain. The county owns the mall and has plans to move some of its offices to the mall.

The Salisbury Mall may not have a lot of shopping available, but it’s a nice place to take a walk.

There’s been a lot of talk about the mall, now named the West End Plaza, and the county’s plans to move some of its offices into the huge, mostly vacant building at the corner of Jake Alexander and Statesville boulevards. The issue dominated last year’s election and is a big reason why the county Board of Commissioners now has three new members and new leadership.

Under the direction of former board chairman Jim Sides, the county bought the mall for $3.4 million in late 2013. The county will face serious space needs in the coming years, county officials say, and the mall can help solve the pending space problems.

One group that could benefit from county offices coming to the mall is the small number of stores, and the people who work in them, that are already there.

During one evening this week, the atmosphere inside the mall  is peaceful and pleasant. A few shoppers mingle around the concourse as the 9 o’clock hour approaches. The mall will soon close for the night.

Music plays on the public address system and the sound of water can be heard coming from the fountain in the center of the mall. Children’s rides, the ones that cost a quarter or 50 cents and look like a plane or a truck, sit idle.

Thelma’s restaurant is next to the entrance of the mall, where outside the water in another fountain glows in the dim light. Thelma’s is the one constant source of activity at the mall — it’s popular and there is always a good number of cars parked out front.

A few people are standing outside the front of the restaurant. One man smokes a cigarette while a woman talks on the phone. A couple of dozen cars are parked in front of Thelma’s, but the rest of the seemingly endless parking lot resembles a barren desert.

Back inside, a lone security guard walks the mall, his scruffy beard making his age hard to guess. He says he doesn’t want to be interviewed.

Down at Magics Carpet, which specializes in flooring and has been in the mall since last fall, Clifford Long sits behind a desk with a computer about halfway to the back of the store. Carpets, tiles and ceramics with various patterns and designs are on display.

Long said he mostly does installations, but works at the store in the evenings.

He said he thinks the county buying the mall was the smart thing to do. He pointed to the price of the mall and the price of the school system’s new central office building — almost $8 million— that will be built along North Main Street.

“Sides did the right thing,” he said about the former chairman.

Long said he has been working in flooring for 30 years and most of his business comes from word of mouth, so the lack of foot traffic in the mall isn’t too much of a hindrance.

But he said county employees coming to the mall would mean more foot traffic and a boost for all the stores.

It’d be like the Pentagon, only much smaller, he said.

The Pentagon is the nation’s military headquarters. It has millions of square feet of office space, around 25,000 employees and a shopping mall in it.

If Washington can do it, why not us? Long said.

Across from Magics Carpet is G.Q. Menswear, a suit store that’s been in the mall for more than a dozen years.

Arnold Stoner has been selling suits here for a decade.

He said the difference in the number of people coming to the mall now compared with years ago is “night and day.” The loss of foot traffic cut the store’s customer base by 25 percent to 30 percent, he estimated.

“We still do good business,” he said, adding the store has a lot of repeat customers. And with the Easter holiday arriving and prom season just around the corner, the store has been staying busy, Stoner said.

He, too, said county offices moving to the mall would be good for business, and that it could result in more stores opening in the mall.

“Anything is better than nothing, ” he said.

Tola Rose teaches martial arts at Iron Dragon, a Taekwondo academy near Bath and Body Works at the other end of the concourse from the suit and carpet stores.

Rose said he currently has about 35 students. A few of them are still here tonight, helping each other stretch. Legs form an almost straight, vertical line from one foot, rising above a student’s head, to the other one on the ground.

Mats cover the floor, and there is a heavy bag, for kicking and punching, in the back of the training area.

Rose is in favor of the county using the mall for office space.

Foot traffic is what businesses in the mall need to survive, he said. More people working at the mall means more traffic.

Teresa Adams had just finished buying suits for her son, Jacob, who was holding the suits over his arm. Her daughter was with them too, and before heading toward the exit, Adams said if the mall meets the county’s needs, then the county should use it.

She also said a better variety of stores is what the mall needs to get more people to come.

Jacob said the mall “has potential.”

Naple’s Cafe opened about a year and a half ago and acts as the mall’s food court. Pizza, wings and pasta are some of the items on the menu.

Kimberly Sykes, who runs the cafe along with her husband, Carlos, said they do most of their business through deliveries.

“This is a ghost town,” she said while sitting in a booth in the small cafe.

“It was busy back then,” she said, but now the only crowds come in the form of mall walkers.

Life inside the West End Plaza may get a little busier when, or if, the county moves in.  But on this night, the mall is simply a quiet, relaxing place for a walk.

“We’re surviving,” Rose said with a smile from behind the counter at Iron Dragon.