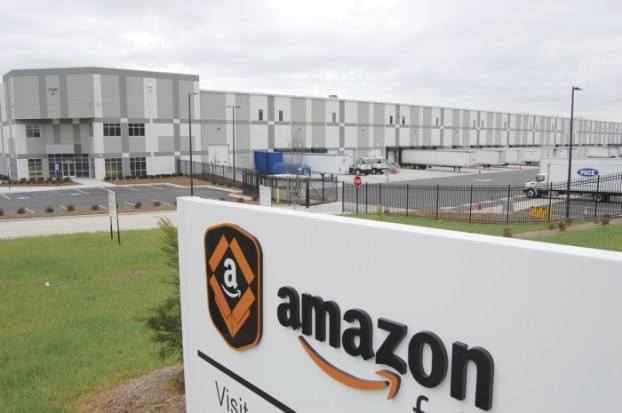 Rowan’s growth could resemble what Concord has seen

A new, 150,000-square-foot shell building is being built across the street from the facility currently housing an Amazon distribution center at the Concord Airport Business Park.

CONCORD — Amazon’s operations at its new distribution facility in Cabarrus County have been in full swing for a few months, and what’s happening here is along the lines of what officials want to see in Rowan County.

The giant, online-retail company occupies 220,000 square feet in a 400,000-square-foot facility in the Concord Airport Business Park off Poplar Tent Road. The building is a shell building built by a private developer, The Silverman Group — which also owns the park.

The facility is hundreds of feet long with 36-foot high ceilings and has dozens of docking bays for trailers.

Just across the street from the Amazon facility, The Silverman Group is building another shell building that will be 150,000 square feet. The site is only a couple of miles from Interstate 85  and is in phase 1 of the business park — two other phases, totaling more than 1.6 million square feet, have also been set aside for development.

Woods separate the airport from the park.

Shell buildings were a hot topic at last month’s community forum on economic development in Rowan County. Large industries can be recruited using pre-built facilities, officials said, adding that companies want to be able to move in right away and start operations in a short timespan.

Rowan County is suffering from a lack of large industrial buildings that are available for use.

The plan pitched at the forum was about building publicly funded shell buildings and then selling them to developers before or after a company moves into them.

In Cleveland County, a partnership between the city of Shelby and the county led to the development of an industrial park with a pre-certified facility. The county and city sold the building at a profit to a developer, a company moved in, and a another facility was built using profits from the sale of the first one. A second company has built its own facility in the park.

The city of Concord is giving The Silverman Group, based in New Jersey, an 85 percent rebate on its city taxes on the building Amazon occupies for three years, according to the Independent Tribune.

By Josh Bergeron josh.bergeron@salisburypost.com The Salisbury-Rowan NAACP is turning to the city’s youngest generation as community organizers continue a crackdown... read more