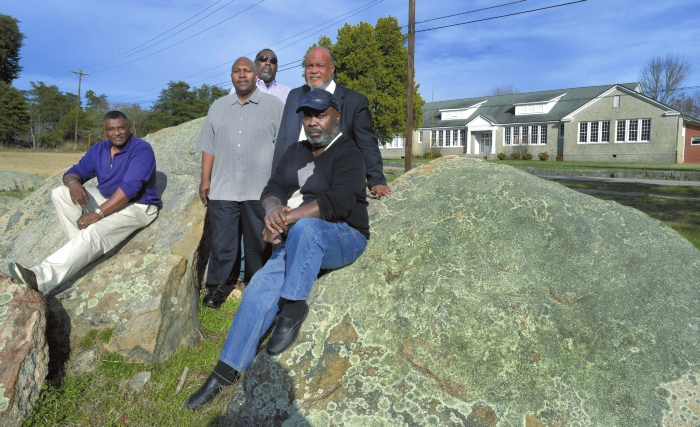 Shuford schoolmates who went on to be part of the East Rowan championship team included Frankie Morrow, front; Jerry Sifford, Gene Davis, and Clarence Shuford, second row; and, in back, Walt Sifford. Photo by Wayne Hinshaw, for the Salisbury Post

“In order to be champions, we had to be a team. It was a good mesh, and it just worked out.”

“A child who is intimidated by math and science is going to struggle to survive.”

— Yusuf Mulhammad, president and CEO of A New Beginning 2, which wants to open a charter school in East Spencer

“I’ve always felt like the store is my front porch, a part of my home.”

— Lisa Hill, daughter of Hill’s Minnow Farm owner Terry Hill, on being at the store

“People say they do it for their families, but there’s other ways to take care of your family. You may not like going to someone else’s 9 to 5, but at the end of the day, it’s not a bad thing.”

“Scott and I have had some wars, but that was on the field. I think he’s a great guy and I hate that he’s going through this.”