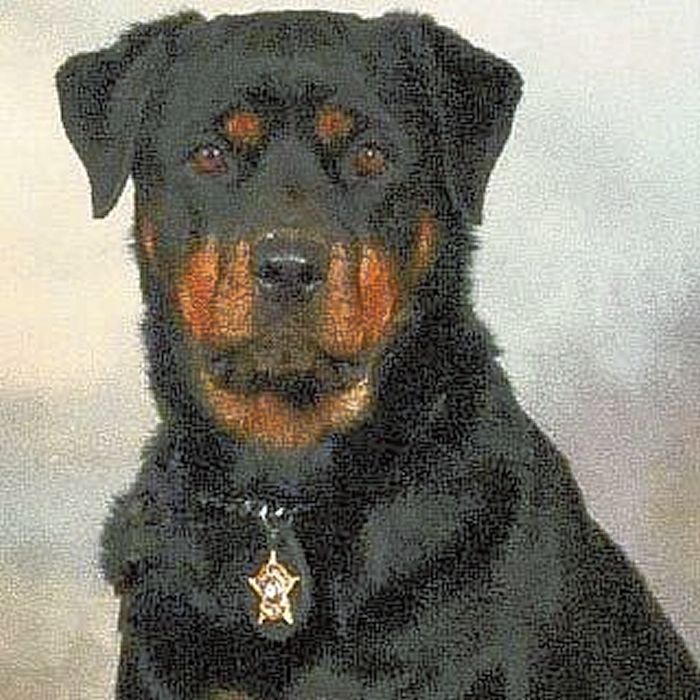 It’s going to be a very hard and lonely drive to work now for Rowan Sheriff’s Lt. Neal Goodman, after he lost his beloved K-9 partner to an aggressive bone cancer late last week.

The dog, Skylar, had to be put down Sunday, following a trip to the veterinarian.

“It’s the first time in almost 25 years I’ve been without a riding partner,” Goodman said.

Goodman has been the dog’s handler for nearly nine years and noticed the dog developed a limp a few weeks ago. According to the vet, Skylar had osteosarcoma, a fatal bone cancer. She would have only lived about seven more days.

Goodman made the difficult decision to put his longtime partner to sleep in order to end her suffering.

He said it was during some training some weeks ago that he noticed the slight limp. Although he was concerned, Goodman admits he just chalked it up to a twisted ankle. He figured he’d give it a little time to see if would go away.

Goodman took Skylar to the vet on March 26 and after an extensive exam and tests, he learned the sad news.

“She had weeks if not days,” Goodman said.

“It was a no-win situation. Keeping her around would’ve been cruel,” he said.

Goodman started full time with the Rowan County Sheriff’s Office on August 1, 1995, a job he says he was lucky to start as a K-9 handler.

Being a K-9 handler is what prompted Goodman’s desire to get into law enforcement, he said.

He wanted to work with dogs and be a handler.

Skylar was his third and he believes his last K-9. He first worked with Fuhrer, a Rottweiler, for nearly 10 years, and then Vito, another Rottweiler, for over 10 years. Both Fuhrer and Vito retired and lived out their final days at Goodman’s home. Both dogs lived until the age of 14, he said.

It’s harder, he said, because the other two work dogs eventually became furry kids to him and his wife. The couple don’t have children and joke that their kids all have four legs and fur. Skylar’s death was so abrupt.

The Goodmans don’t currently have any dogs, but bred Rottweilers in the 1980s. He got Skylar from the Atlantic Rottweiler Rescue Foundation in Mooresville.

Two of Skylar’s most memorable captures included a search for suspects — one an armed robbery on U.S. 601 near Cauble Road and the other a search for a suspect charged with assault with a deadly weapon.

Goodman has been head of the K-9 handler program for the last 20 years and has been very successful with several dogs, a statement from the Sheriff’s Office said.

“All the dogs were partners and protectors and they were my kids,” Goodman said, getting choked up.