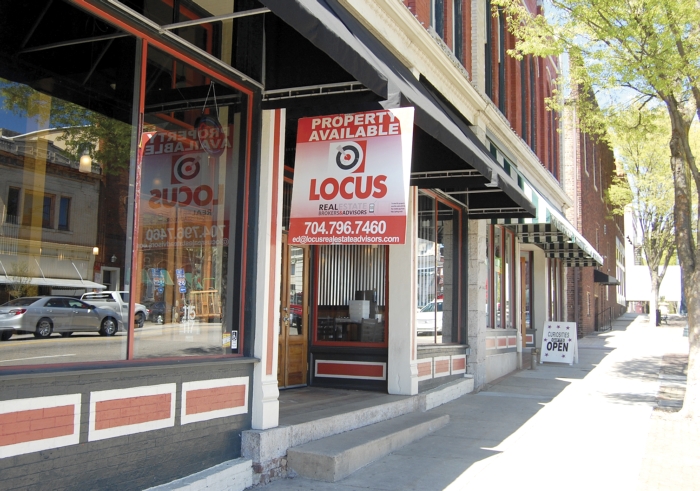 A New York style pizzeria is opening in the building that used to be home to Chick-N-Ale on East Innes Street. A soft openning for the new restaurant is tentatively planned for later in April.

Two brothers are opening a pizzeria in the same space that housed the former Chick-N-Ale downtown.

Brothers Chris and Kevin George are opening a pizzeria in the building at 115 E. Innes St. Chick-N-Ale closed in December after less than three months of doing business — the investors behind the popular restaurant pulled the plug.

The Italian pizzeria will be called Romo’s Pizzeria and Restaurant. A soft opening is planned for mid-April, according to Chris.

Chris said Romo’s will be a New York style pizzeria with lunch and dinner menus. There will also be a full bar. The menu will feature a variety of Italian food and other items such as hot dogs, hamburgers and Philly cheesesteak subs. Pizza will be sold whole and by the slice.

Everything will be prepared fresh daily, he said.

“I can’t wait for people to try our food,” he said.

For the last seven years, Kevin was the executive chef at Toast Cafe in Davidson, but he decided to go into business for himself, Chris said.

Chris had been operating convenient stores for 20 years, and decided to come down from Wisconsin to partner with his brother.

They are originally from Alabama.

Chris said they found the location through their realtor and liked the homey feel to the downtown area. The brothers bought the furniture in the restaurant from the previous owners. Chris said they will probably be putting in another $80,000 worth of equipment in the kitchen.

The brothers want to hold a soft opening around April 18-20, Chris said. He said they plan to be actively involved in the community.

Find Romo’s Pizzeria on Facebook to keep up with news about the opening.