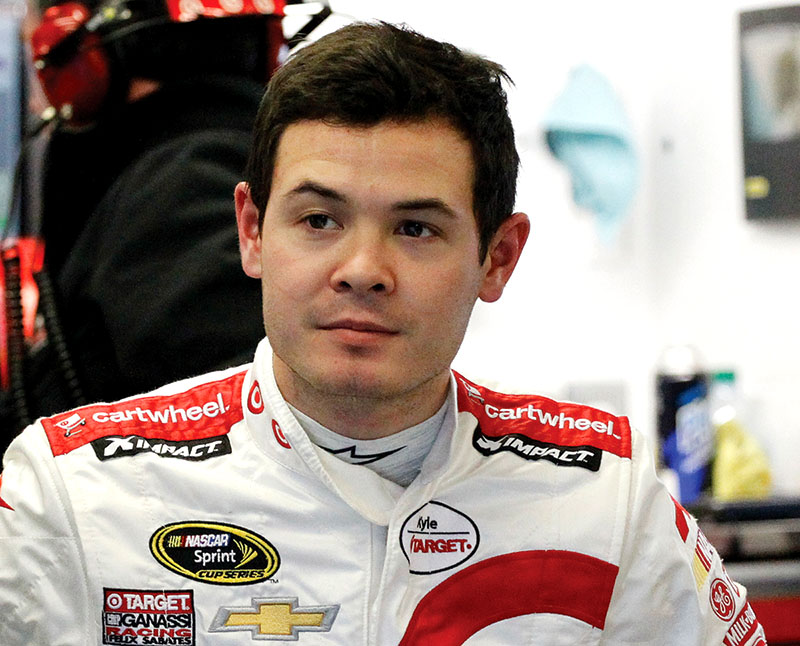 CHARLOTTE, N.C. (AP) — Kyle Larson said dehydration was to blame for him fainting during an autograph session — an episode that led to two nights in the hospital and forced him to miss the race at Martinsville Speedway.

Larson on Thursday was medically cleared to return to competition beginning next weekend at Texas Motor Speedway. NASCAR does not race this week.

The 22-year old fainted Saturday at Martinsville, and was taken that night by helicopter to a hospital in Charlotte, North Carolina, for testing. Although Larson said he felt fine from the moment he came to, he was hospitalized until late Monday as doctors performed multiple tests on last year’s rookie of the year.

“It was just kind of a weird morning just because I was almost late to practice, so I just rushed myself that morning and didn’t take very good care of myself throughout the day and just ended up dehydrating myself,” Larson said in a conference call Thursday.

“Just got to do a better job of taking care of myself, and that should never happen again.”

Larson, who became a first-time father in December, said he had made it to the end of the autograph session without any issues, but began feeling lightheaded as he talked to the last fan remaining. He said he tried to lean forward to feel better, then passed out.

“It took me a few minutes to figure out what all had happened, and then I started piecing it all together,” Larson said. “I never get scared or excited about anything, so I wasn’t too scared. I was just hoping I could get released in time to race.”

Larson said doctors at the Virginia hospital he first went to believed he fainted from dehydration, but he was still sent to Charlotte for a more complete look at his health.

He said there was some frustration as tests dragged on and kept him out of Sunday’s race, and he battled nerves a few times in what he said was his first trip to the hospital of his life. Even so, he never once worried his career was in danger.

Larson is considered to be one of NASCAR’s next superstars, and his talent level has been praised by series champions Jeff Gordon and Tony Stewart long before he ever made it to the Sprint Cup Series.

“I got nervous a couple times. Any time you’re in a hospital you get nervous,” he said. “But I was confident everything was fine, and it turned out where everything in the end was fine.”

Chip Ganassi Racing said Larson had been through a “thorough review” by doctors and would be back in the No. 42 Chevrolet next week.

Larson, who has never had a serious injury or illness sideline him from a racing career that began when he was a child in California, said he wasn’t even sure what he’d been tested for. But, he was certain he won’t have any issues going forward.

“I had stuff hooked up to me from my head to my toes. Probably the only test they didn’t get in there was a math test,” Larson said. “Everything came back negative.”